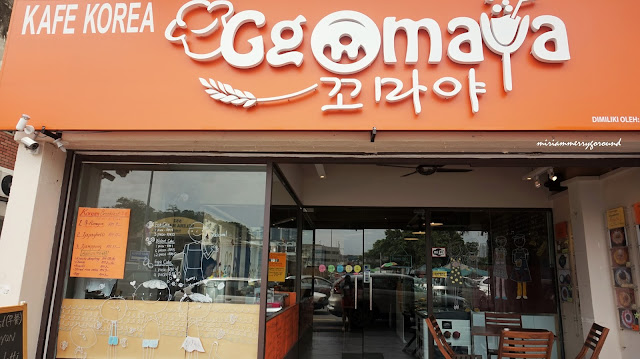 Hello my dear merry goers! I still can't believe it is December already and I am counting down to the days I can go back home. Around a few weeks back, I managed to go home for a nice break from all this hectic issues I've been facing recently and spent a nice weekend with my sister. This time round, we were at SS2, Petaling Jaya and was looking for a nice Korean place to have our lunch. Unfortunately, the Korean restaurant we wanted to visit actually closed down so we were really randomly walking around the shops looking for a place to fill our empty tummies. 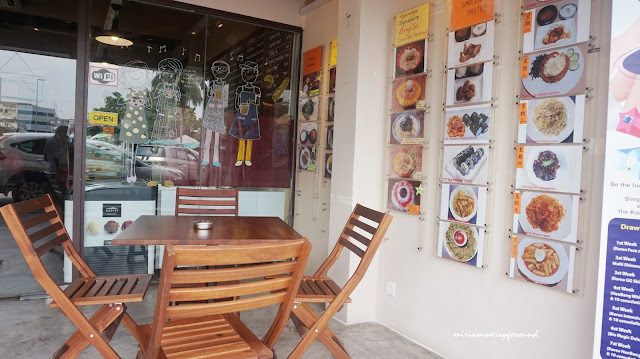 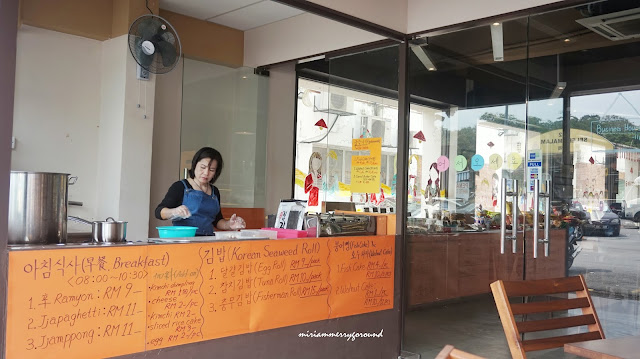 We passed by this Korean cafe, Ggomaya Cafe which I think should be quite new because I haven't seen it around. It is actually on the same row as McDonald's and just a few shops down. They had an outdoor seating area with this cute stall concept selling some street food imitating Korea streets. 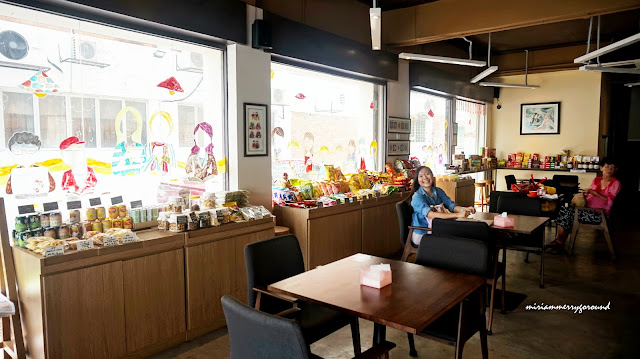 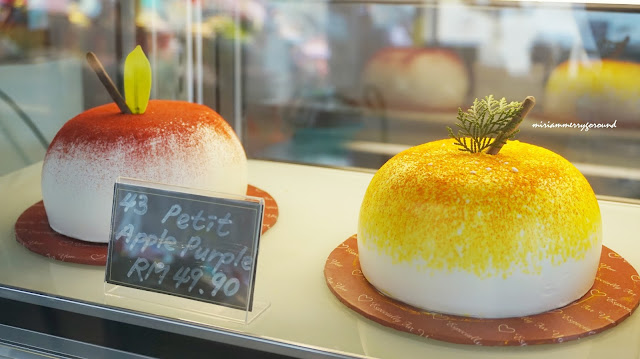 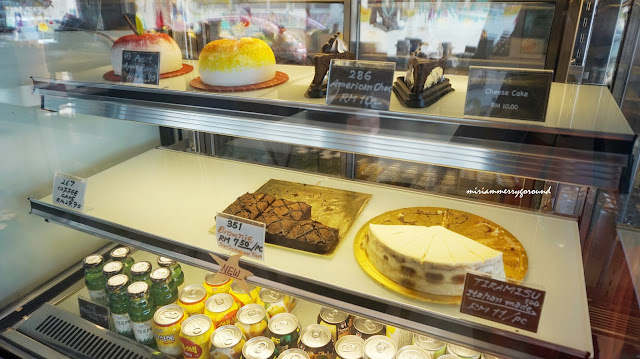 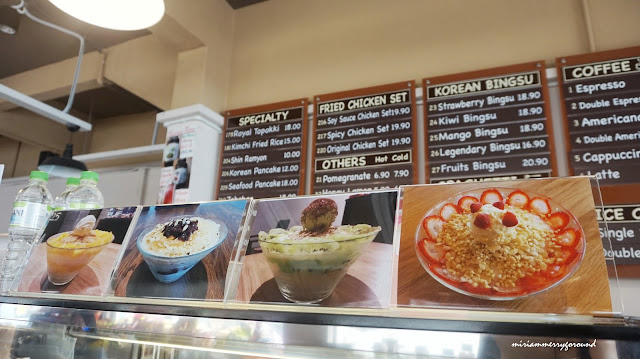 After looking at their menu, we decided to try this place out since it is new and we saw they had some Korean products sold inside as well so it was like a cafe and mart combo. The one thing that caught my eye was definitely the super cute peach cake! It looks just like a peach and just so cute. There were a variety of Korean shaved ice desserts a.k.a bingsu as well so we kept in mind to leave our tummies prepared for it. 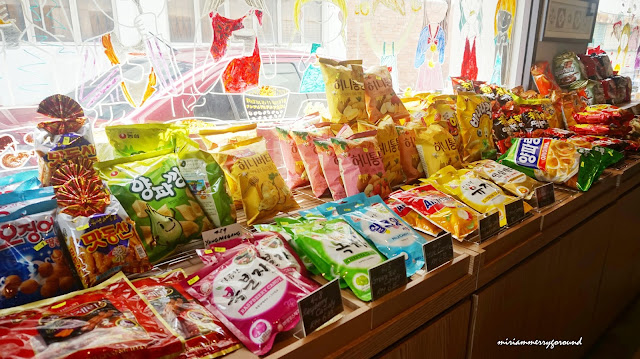 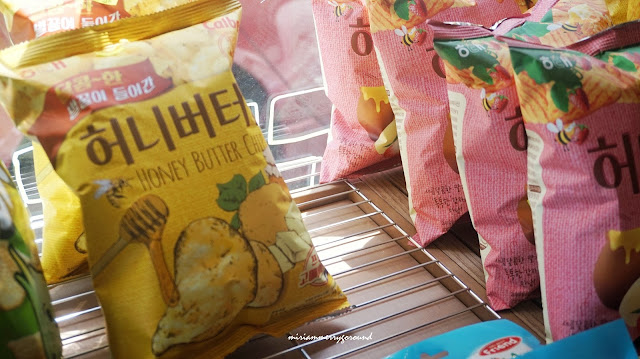 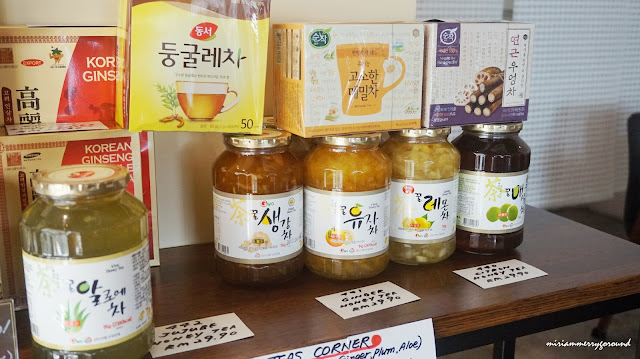 After placing our order, I walked around their products area and look what I found! The all craze Honey Butter Chip! I was so surprised when I saw it because I know that it was a super crazy popular snack in Korea and even sold out once they were placed on the shelf! I saw there was another Strawberry flavoured one but I quickly grabbed the Honey Butter Chips! I have to try it at least once because I am so curious why is it so popular. 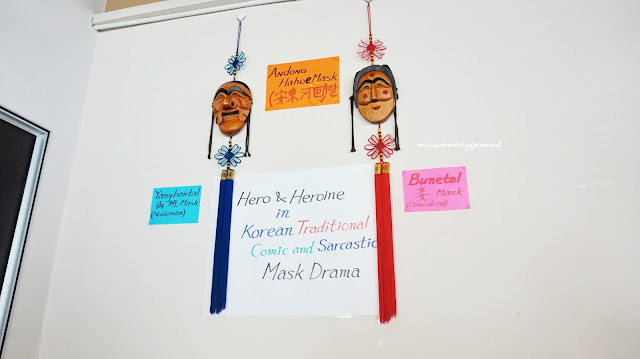 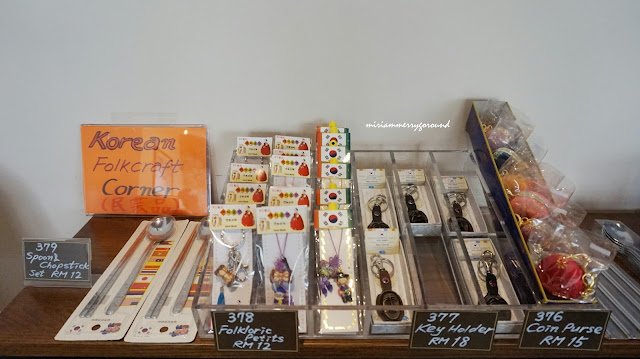 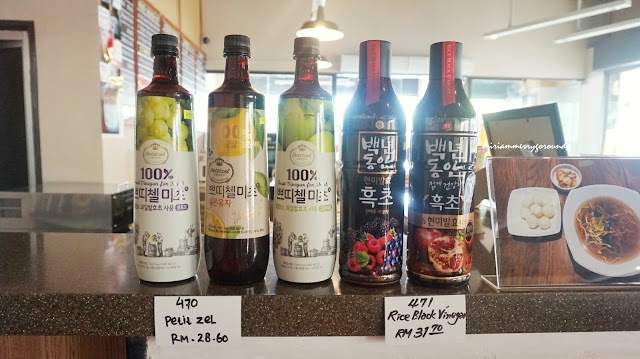 Decoration wise, it was just a simple cafe with not much decor but they do sell some pretty authentic products and I was interested with the vinegar they had on sale too. 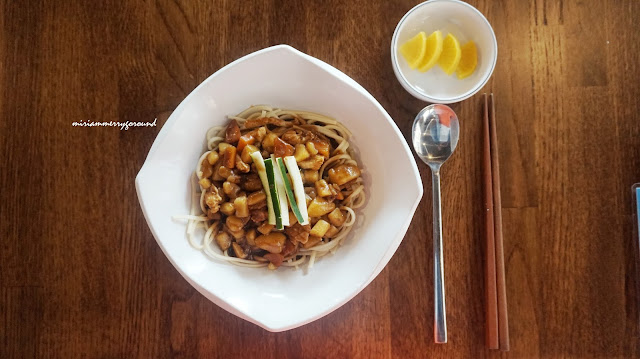 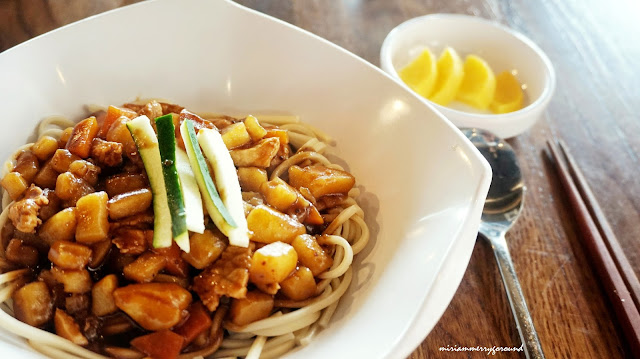 Then our food arrived and somehow due to some crazy craving I had that day, I ordered their Black Bean Jajjangmyeon (RM15) which came with some yellow pickled radish. Taste-wise, I wouldn't say it was the best Jajjangmyeon I have tasted but what I liked about it was that it had this homecook food taste if you know what I mean. It tasted so homely and not like those industrial restaurant kind of taste with seasonings and etc. They were generous with the toppings as well although I think a bit lacking in the black bean paste. They also used a different type of noodles compared to other places and at least they did not serve me those instant Jajjangmyeon from the packet like some places so I rather enjoyed my bowl of Jajjangmyeon. The pickled radishes were really good as well without that weird chemical taste which my sister really hates. 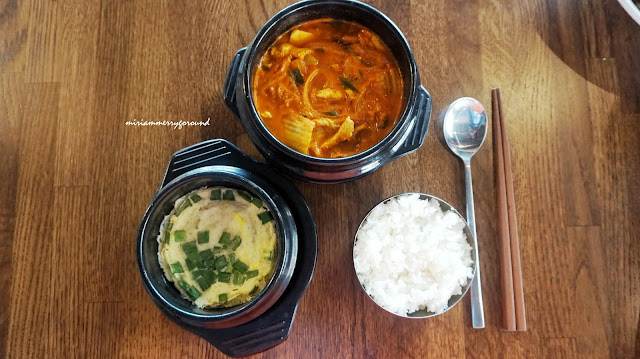 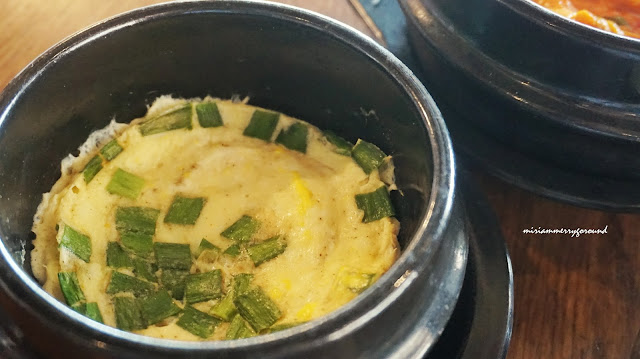 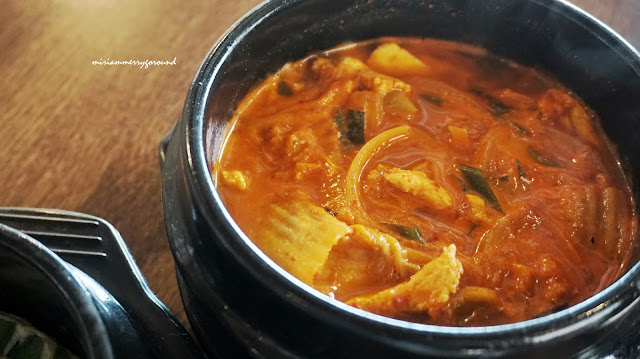 Every time we eat at a Korean eatery, one of us has to order a soup dish and most of the time it will be our favourite Kimchi Jjigae. This set came with a bowl of rice and steamed egg which most places don't serve with it. The soup was nice, hot and savoury with pieces of pork meat in it. I was actually surprised to know it was pork instead of the usual chicken or beef that is normally served in Korean restaurants in Malaysia. The egg had that homely taste to it as well. I honestly thought I was eating at a Korean's house instead of a restaurant. This cafe wasn't those cafes with frills and all fancy but it really served some decent homecooked Korean dishes. 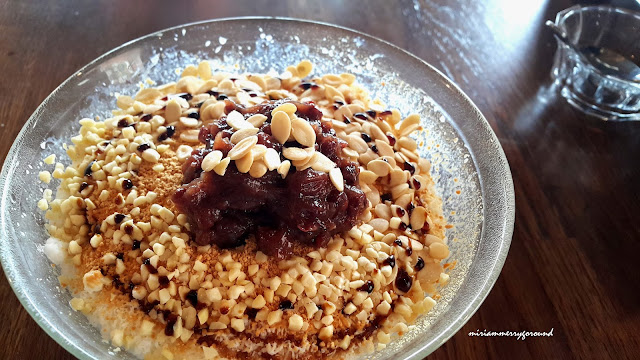 Of course as I mentioned earlier, we have to try their desserts so we opt for their traditional Bingsu which I know will come with my favourite Injeolmi powder. I was surprised with some of the ingredients used in this Bingsu which wasn't the same as other places like they had sunflower seeds and chopped peanuts. Slightly disappointed with the amount of Injeolmi powder because both me and my sister personally like a lot of it but the red bean paste was good. It wasn't overly sweet and you can certainly taste that it was homemade and not from the tin. There was the absence of the traditional ddeok or rice cake that I normally find in my bingsu so unfortunately this bingsu isn't one that I would recommend. On the plus side, the ice was shaved finely and creamy so in the end we did finish this dessert. *laughs*

Overall, I wouldn't say that this is the best place to actually enjoy Korean food and there is still a lot to be improved food-wise but if you are looking for a place to get those Honey Butter Chips you can get them here and well maybe enjoy some street food while you're here too. They have daily promotion set meals for RM 10 too. I would say that their specialty would be in those beautiful Korean cakes more than the food so if they can up their food presentation it would be good.