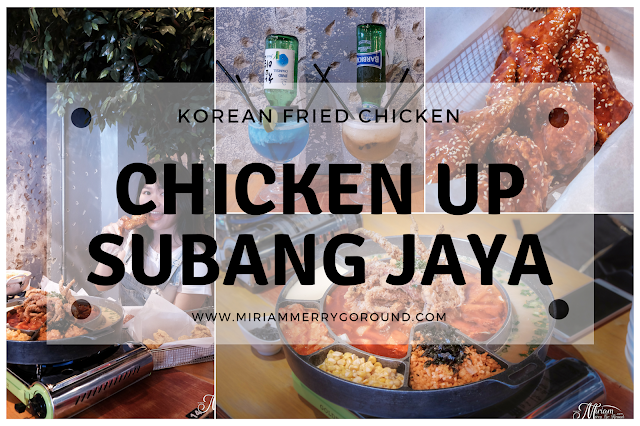 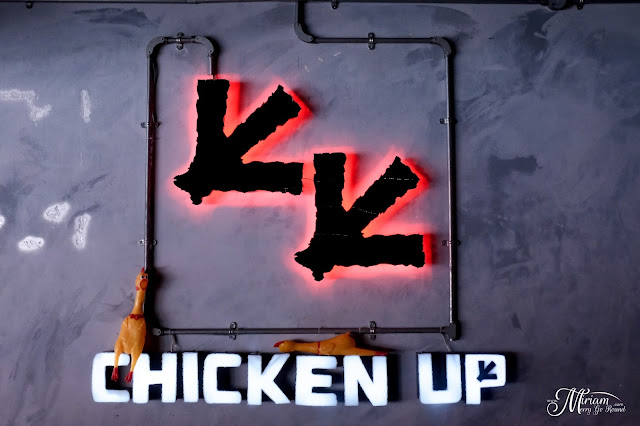 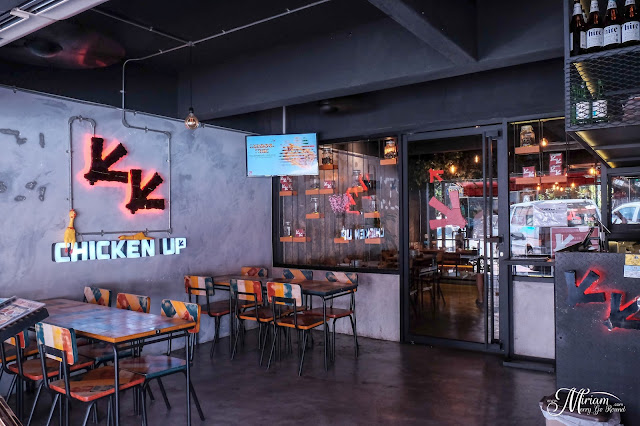 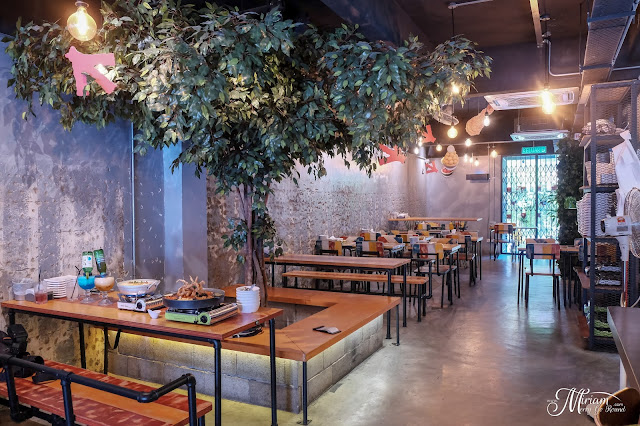 Well, I have been to Chicken Up twice previously but have not really been impressed by them. However, I decided to give them another chance after Pancake asked me for lunch at Chicken Up Subang Jaya. Nestled right in front of the SS15 LRT Station, getting to Chicken Up was a breeze. Plus they do have allocated parking spots for their customers so it helps with the parking issue. 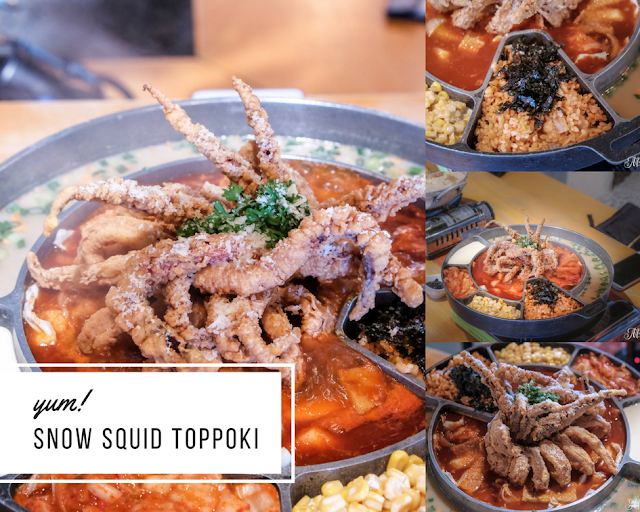 We ordered some of their best sellers: Snow Squid Toppoki (RM68) which is one of their best sellers. I can see why especially when it arrived at our table. Right in the centre is a huge deep fried battered squid, surrounded by spicy hot lava. You get some kimchi, corn, fried rice, omelette and cheese at the sides too. 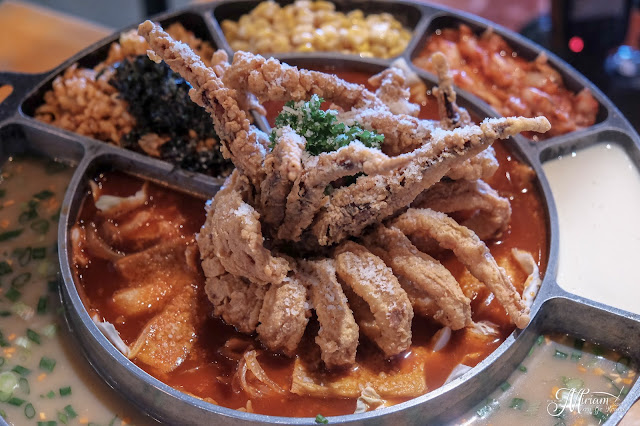 Visually certainly very impactful. The server will assist to cut up the deep fried squid into bite size pieces where you can eat it alongside the Toppoki. There are rice cakes and fish cakes inside the broth which was sweet and spicy. I would recommend not to let the deep fried squid submerged in the Topokki as it will cause it to be soggy. Best to actually ask them to put it aside if you prefer your squid crunchy. Aside that, the overall dish was pretty acceptable and best shared with a group of friends. 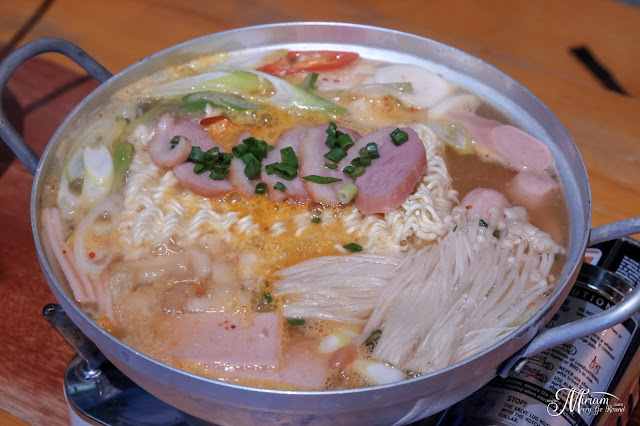 We also ordered their Ugly Tang Stew (RM38) which is the Korean Army Stew with chicken slice, ham, sausage, maccaroni, baked beans, cheese and noodles. A hearty stew that can feed 2 to 3 people. There were quite a lot of ingredients inside the stew which blended well especially after you add in the red pepper paste. 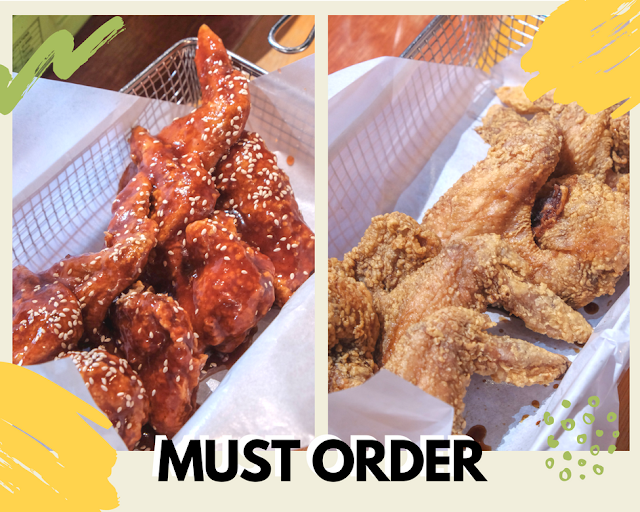 However, I must say that the star of the meal was their Fried Chicken Wings. Their Signature Wings come in 4 big pieces and you can choose between: Original Crispy, Ganjang (Soya), Yangyum (sweet chili) and Spicy Yangyum (Double the heat). The chicken wings were fried beautifully and the marinate well absorbed. Recommended is their Ganjang or their Yangyum. For those of you who love heat, get their Spicy Yangyum! We finished the chicken wings in no time.

If you think about Korean Fried Chicken, most people will think of KyoChon since they are quite a major brand but one thing I dislike about KyoChon is... their chicken pieces are rather small and to actually be able to feed a group, you will have to order quite a significant amount. However, the Chicken Wings at Chicken Up is really big and plentiful. Although both Korean Fried Chicken houses uses different sauces, the Ganjang Chicken Wing is on par with KyoChon's blend of sauces. 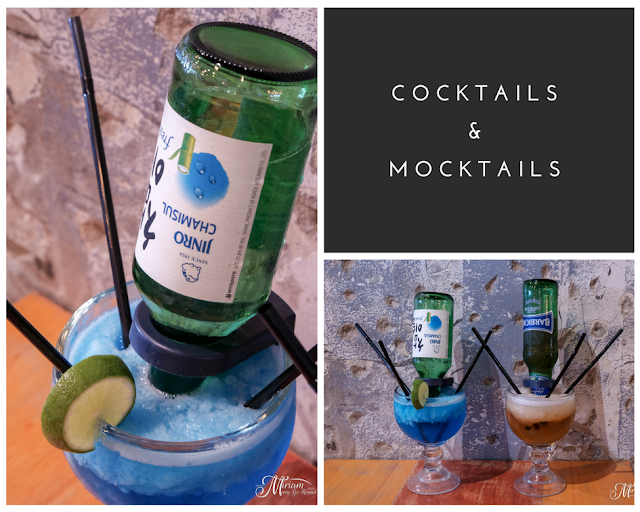 Besides that, Chicken Up serves a variety of beverages and desserts which reminds you of Korea. Unfortunately on that day, there was a water shortage in Subang so we were unable to try their Melon Bingsu. However, do give their Soju Cocktail a try! Again, visually appealing and taste pretty refreshing too. 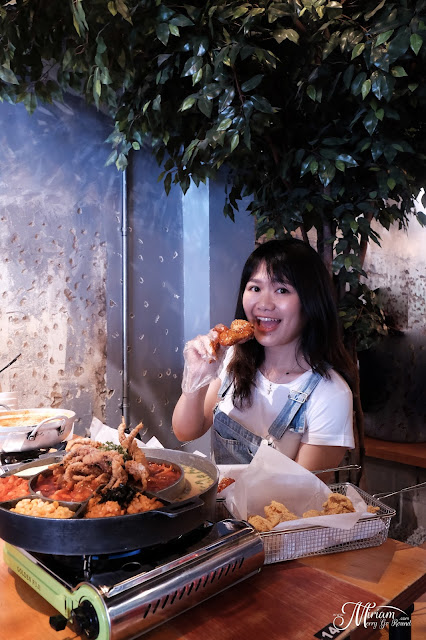 Overall, I had a much better dining experience at Chicken Up Subang Jaya and for Korean Fried Chicken, they do get the seal of approval from me :)