[MOVIE REVIEW]: Dawn of the Planet of The Apes

Hey everyone! It's been a while since I last posted about the latest movies especially since I started working but thanks to Nuffnang I was able to catch Dawn of The Planet of The Apes at TGV Pavillion. Although it was quite a distance for me to watch the movie at Pavillion but how can I not watch my favourite monkey Caesar!

The movie actually revolves after the first movie where Caesar leading his family of smart apes into the mountains far away from the humans. However due to the genetic testing on apes and the drugs, humans were infected by a virus known as the Similian Flu. So many humans perished due to this flu which cause the collapse of human civilization, martial law, civil unrest and the economic collapse of every country in the world. Caesar now leads and governs the new generation of apes in a community located in the Muir Woods and he has a mate who is pregnant and a son named Blue Eyes *love how they connect the sequel with the first movie since the first genetic difference with Caesar and normal apes is the blue eyes*

Anyway, they met some humans in the woods which are our human actors which are the remaining humans in San Francisco who are genetically immune to the virus!

These humans were actually in search for the dam which could help generate power for them to contact other survivors around the world as well as to continue surviving. Humans unlike apes need light and other power to survive.

The ape community did not take well to their presence and Caesar ordered them not to return. Anyway, these humans went back and reported about talking apes in the mountains and the story goes on to the human hero...Malcolm who trusted the apes and feels that he can communicate with them. Anyhow the story goes on to the a part of the humans and the apes working together and also another part which rebels and wants to destroy one another to survive.

I love how the movie portrays today's society where there are some who help one another to achieve each others needs and goals while others have the mindset that only one can be the winner. The collaboration between apes and humans could actually work out if not for some people/apes that do not give chance to one another and cause the terrible war between apes and humans that caused numerous lives to be lost. 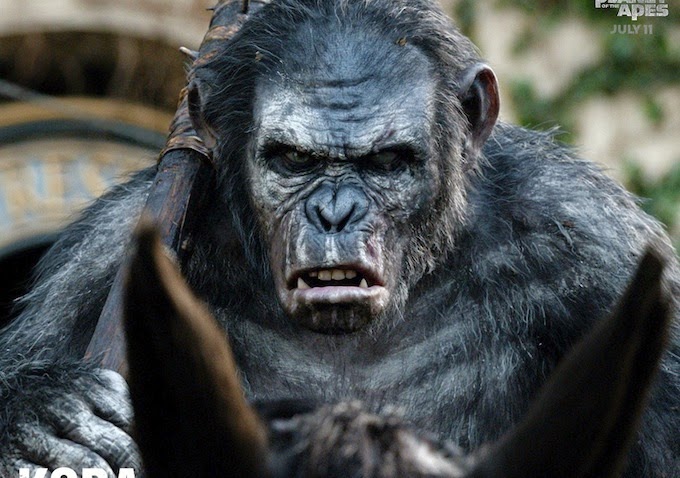 Ok.. I seriously hate this monkey/ape since the first movie. If you watch the first movie you will know him as Kobo, the ape that was experimented on by humans which caused him to hate humans very much! He is seriously evil and cunning! I don't want to spoil the movie for all of you so you really have to watch the movie to see how evil this monkey is.

I don't like this character as well which is the human leader Dreyfus. Dreyfus do not trust the apes and Malcolm who believed in the apes which really also became one of the factors humans and apes fight in the huge war at the end of the movie. If only he learnt to trust apes... *sigh* 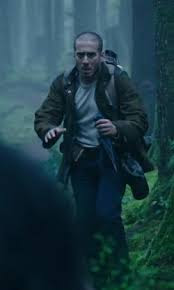 This is Carver one of the members of the human team which is also a real pain to watch. Seriously dude can't you try to trust others even if they are not the same as you? Some of his actions caused real trouble in the movie

Here are some of the heroes for the film

Of course how can we miss out Caesar! Love how Andy Serkis played the role of Caesar. I totally love how Caesar was able to look through all the hate and see the goodness in people. He learnt to trust the humans and helped them knowing that humans needed the power supply from the dam. He was also able to lead his community of apes well.. *besides that evil Koba ape*

Jason Clarke also played a good role as Malcolm the leader for the small group that formed a strong bond with Caesar and the other apes. He was able to look past the fact that they were apes and trusted Caesar to help them. He and Caesar also had the same understanding about their rebellious sons.

Here are some of the reasons why you should catch the screening of Dawn of The Planet of The Apes at your nearest cinemas now!

1. Watch how even though we are different from one another, we are very much alike.

I love the scene where Caesar and the humans were working together even when they were different. There were scenes that showed that humans and apes can actually work and live with one another if they learnt how to live harmoniously and accept each other 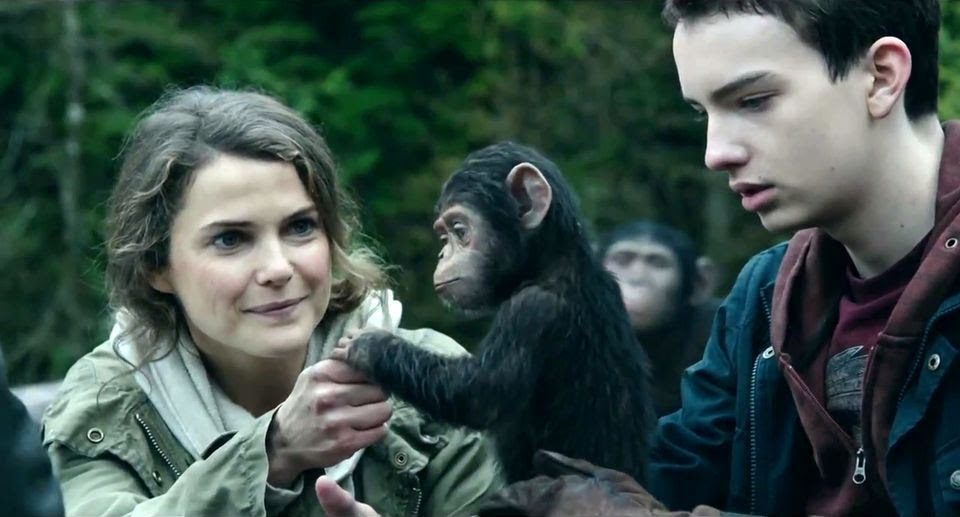 2. Knowing that when we are blinded by hate, things go really wrong

Due to the hatred of Koba towards humans, he started the war between humans and apes and overthrowing Caesar as the leader of the apes. His hatred and desire to revenge against the humans made him blind to all the destruction he caused.

3. Knowing that at the end we are all the same

The ending of the movie is really touching and I won't spoil it for you all but I really love the ending scene between Caesar and Malcolm! The head-touching scene really shows that man or ape we are the same deep down.

For this movie I give it a *drumrolls*

Four stars for the great acting and the effort of the whole team in acting as apes which I know is seriously tiring! Love the meaning of the movie and how they shot the movie! So go on and check out this movie in your nearest cinema now!

*Credit for all the photos goes to Google Image Search*