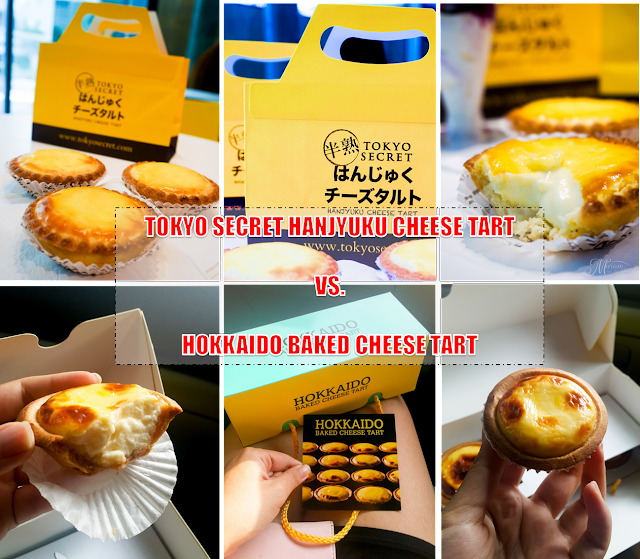 Another hype has recently begun which is the Baked Cheese Tart. Videos of the original cheese tart  had been circling around online with oozing cheesy filling that once there was news that it has landed in Malaysia, everyone went wild. I managed to try out two of the current popular places which is Tokyo Secret at IPC Shopping Centre as well as Hokkaido Baked Cheese Tart at Empire Shopping Gallery. So let's see whether these two places are worth the hype. Starting off with Tokyo Secret which offers Japanese Hanjyuku Cheese Tart (Half Baked Cheese Tart) although not originating from Japan but actually from Hong Kong. Their first outlet can be located at IPC Shopping Mall right within Mac City. You definitely will not miss out this outlet especially with the whiff of aromatic cheese tart that hits your nostrils once you are at the entrance. 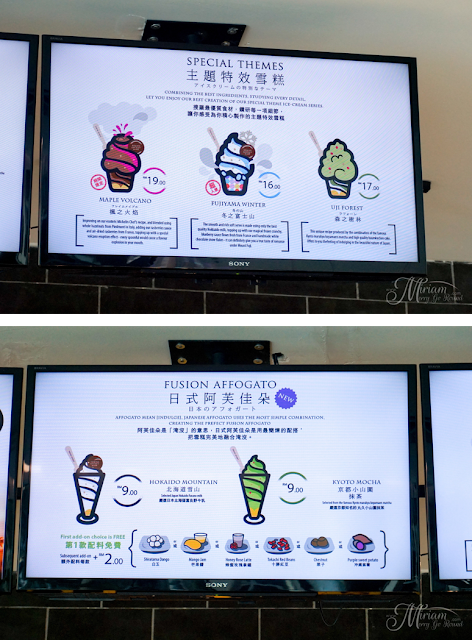 I was actually surprised that they offer not only cheese tarts but also soft serve ice cream so we ordered both the cheese tart and their Hokkaido Mountain. 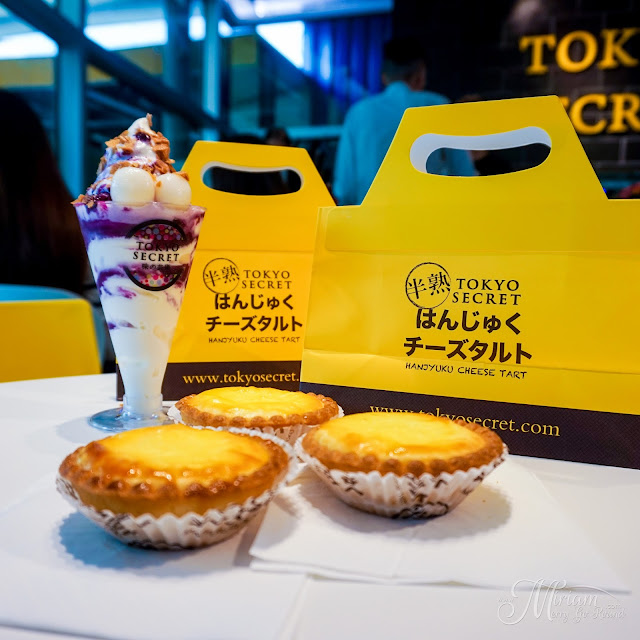 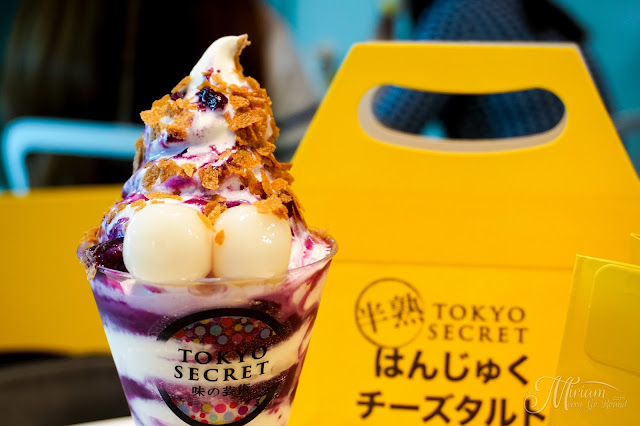 The soft serve took a while to arrive and you have a choice of additional toppings at RM2/topping. We added some glutinous rice balls and their recommended sweet purple potato which definitely gave it a nice presentation. Taste-wise it fell short of my expectations and for that price, you can definitely get better soft serves so I would tell you just give it a miss. 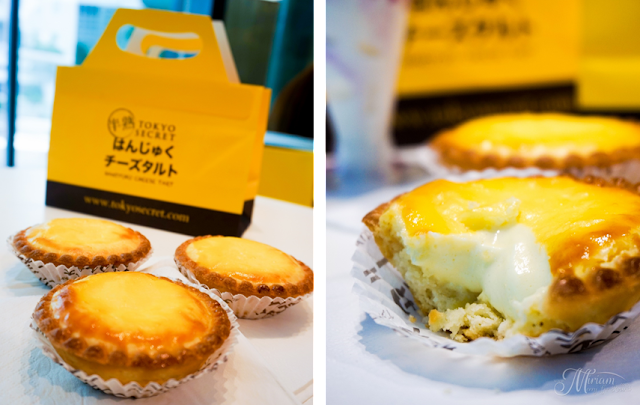 The tart however was not that much of a disappointment. The aroma itself was inviting especially since it was freshly baked from the oven. At your first bite, you will enjoy their buttery pastry crust that just crumbles in your mouth before that creamy cheese filling floods out. Undeniable, it was rich and creamy so be careful not to take too big of a bite or you might make a mess eating it like me. The cheese filling literally was oozing out and was really indulgent.

Selling at RM7.90/pc, I would not expect otherwise but still it is quite an expensive tart to be enjoying daily and it does pack quite some calories. One tart is also good enough to satisfy your cravings unlike someone who had two and found it too heavy. Overall, if you are into cheese tarts I would say it is worth to give it a try but I am still contemplating if I would return to have more due to the price. 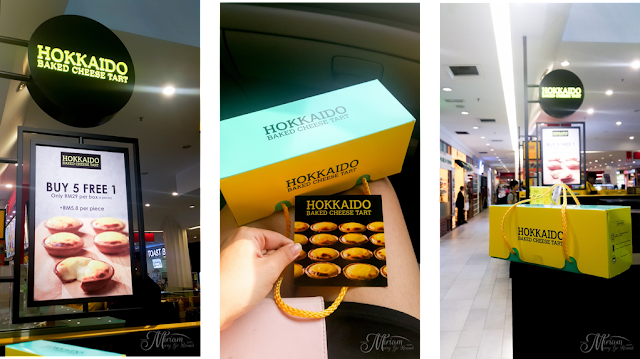 With Tokyo Secret setting quite a high benchmark, Hokkaido Baked Cheese Tart was next on my list. Located at Empire  Shopping Galery, Subang this baked cheese tart has been appearing on my Facebook feed with aggressive marketing and promotional initiatives. I was definitely intrigued at how good this tart would be. They had a Buy 5 Free 1 promotion going on which means around RM4.80/pc instead of the regular RM5.80/pc so we decided to get a box to share. 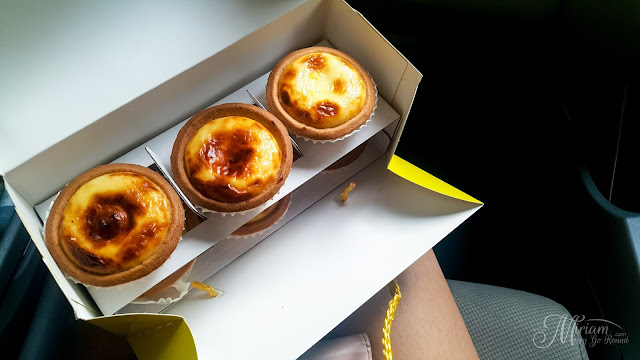 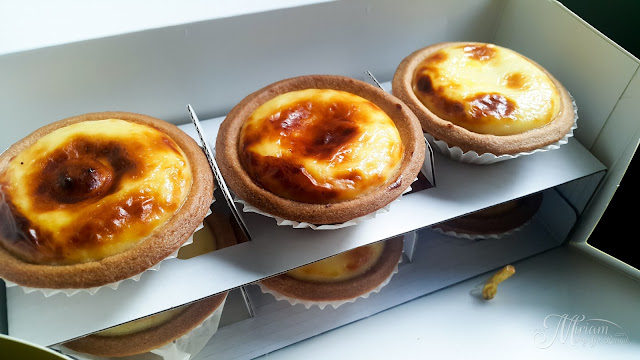 At the first glance, we could see the difference between the cheese tart from Tokyo Secret and Hokkaido Baked Cheese Tart. The pastry crust, color and size was different and not as appealing as the other tart. Packaging wise it was definitely interesting because of the double tiered box which can fit up to 6 pieces snugly. 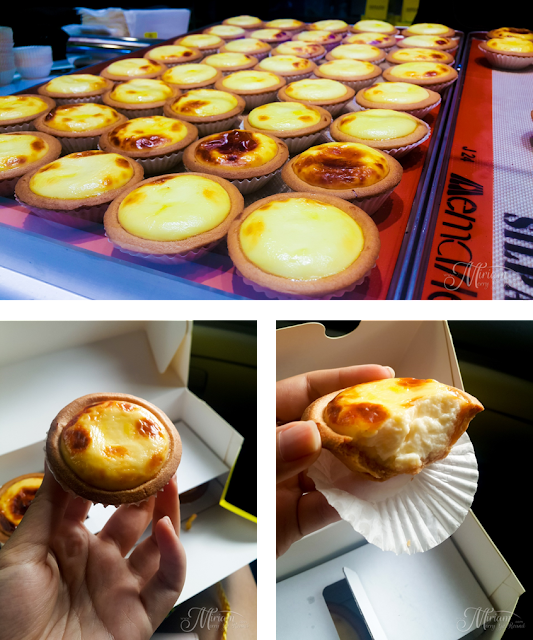 Now for the taste test. It was really a disappointment at the first bite. The crust is not as buttery and flaky like Tokyo Secret but more of a hard pie crust; breaking in large piece. Cheese filling was very bland, not oozing and tasted more like a sweet vanilla pudding instead of a cheese cream. Feedback from my colleague was that it tasted like some milky powder pudding instead of a cheesetart. For RM5.80/pc this was definitely a disappointment and not worth the hype.

Disappointed with the Hokkaido Baked Cheese Tart made us ending up at SS15 to get our doze of egg tarts which at RM1.90/pc left us much satisfied. Comparing both the tarts, I would gladly just enjoy my egg tarts which tasted better and definitely much cheaper too.

Comparing the tarts from Tokyo Secret and Hokkaido Baked Cheese Tart, the winner is clearly Tokyo Secret. If ever I have cravings for tarts I would much rather top up RM2.10 and get the cheese tart from Tokyo Secret. At least, I can taste the cheese in it and know that they used premium ingredients. The Hokkaido Baked Cheese Tart is really so not worth the hype and definitely a miss in my taste books. These are just based on my personal preference so let me know what you think about them if you do try them out but please just don't put too high of an expectation.