Finally meeting up with friends back home and what do we do? Make Kimchi!

Kimchi (Korean: 김치 Korean pronunciation: [kimtɕʰi]; English pronunciation: /ˈkɪmtʃi/), also spelled kimchee or gimchi, is a traditional fermented Korean side dish made of vegetables with a variety of seasonings. In traditional preparation Kimchi was often allowed to ferment underground in jars for months at a time. It is Korea's national dish, and there are hundreds of varieties made with a main vegetable ingredient such as napa cabbage, radish, scallion, or cucumber. Kimchi is also a main ingredient for many Korean dishes such as kimchi stew (김치찌개; kimchi jjigae), kimchi pancake (김치부침게; kimchijeon), kimchi soup (김칫국; kimchiguk), and kimchi fried rice (김치볶음밥; kimchi bokkeumbap).

The kimchi we decided to make that day was Cabbage Kimchi.
So here are some pictures of the whole process.. 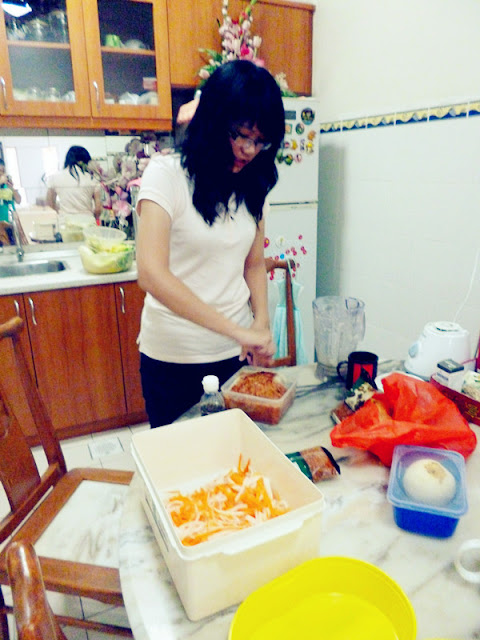 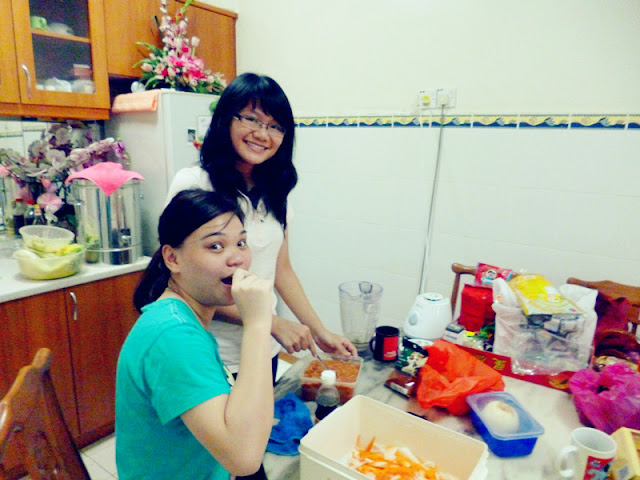 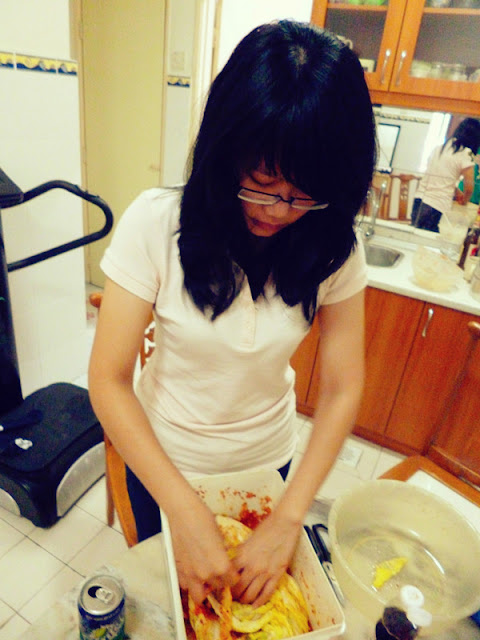 A really trilling movie that the first zombie that appeared made me jump out of my seat. Although the story line is a little predictable but overall the movie was an entertaining and fun movie to watch with friends. There was one zombie that really kept making me laugh.

Overall it was a great day out with friends. Really missed them during the time I was at Kelantan.
Anyways, tata~