Sis was craving for the Kajang Hot & Spicy Soup and since we were rushing to the Putrajaya International Hot Air Balloon Fiesta *will be blogged in another post* we stopped by to try the outlet at Puchong Jaya.

From the menu, the price looks quite reasonable and since boyfie is from Kajang, he would be the main taste master for the soup and whether it meets up to the standards of Kajang Hot Soup. 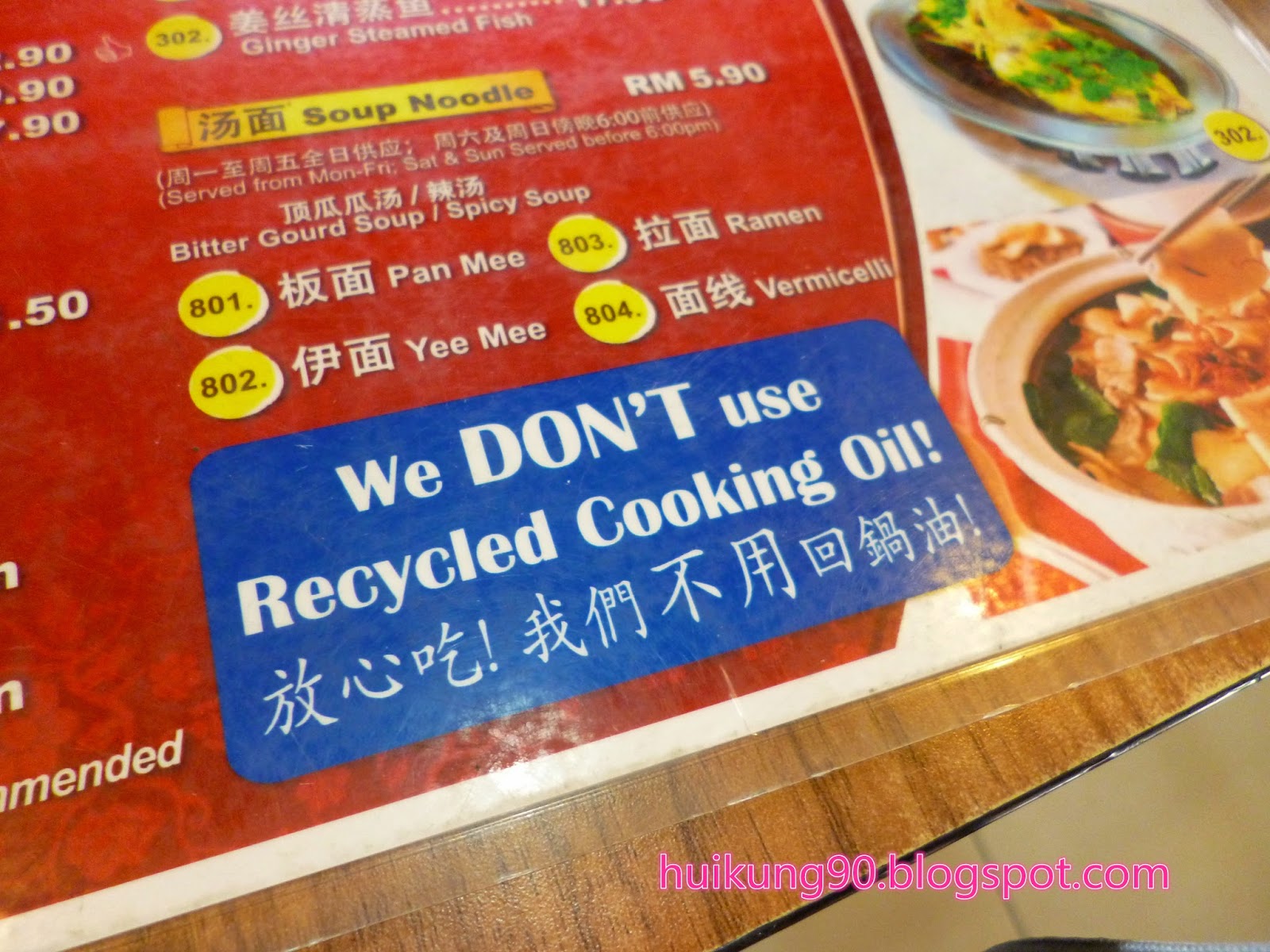 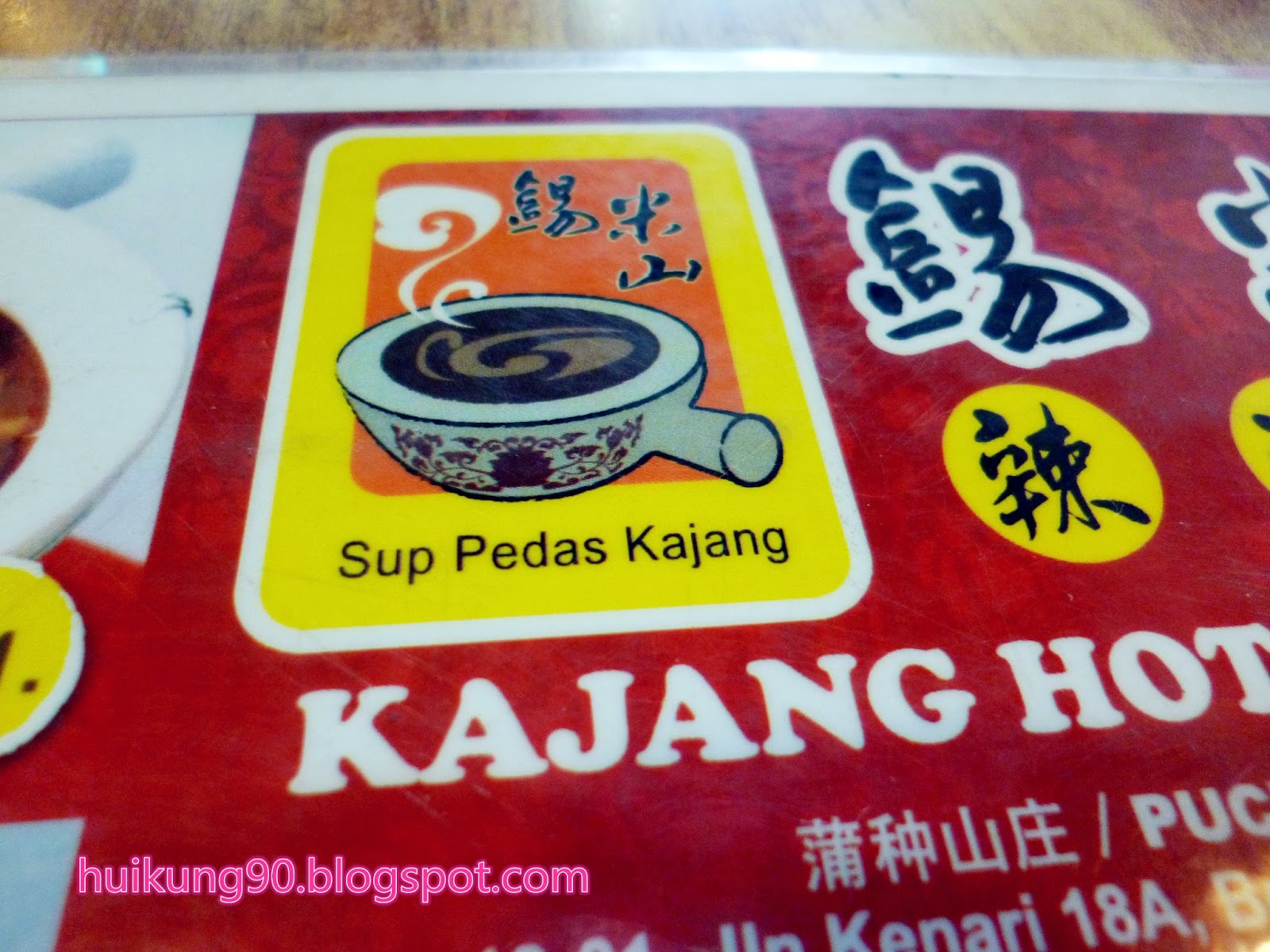 Some of their recommended dishes are on the wall just in case you are not sure of what to order. 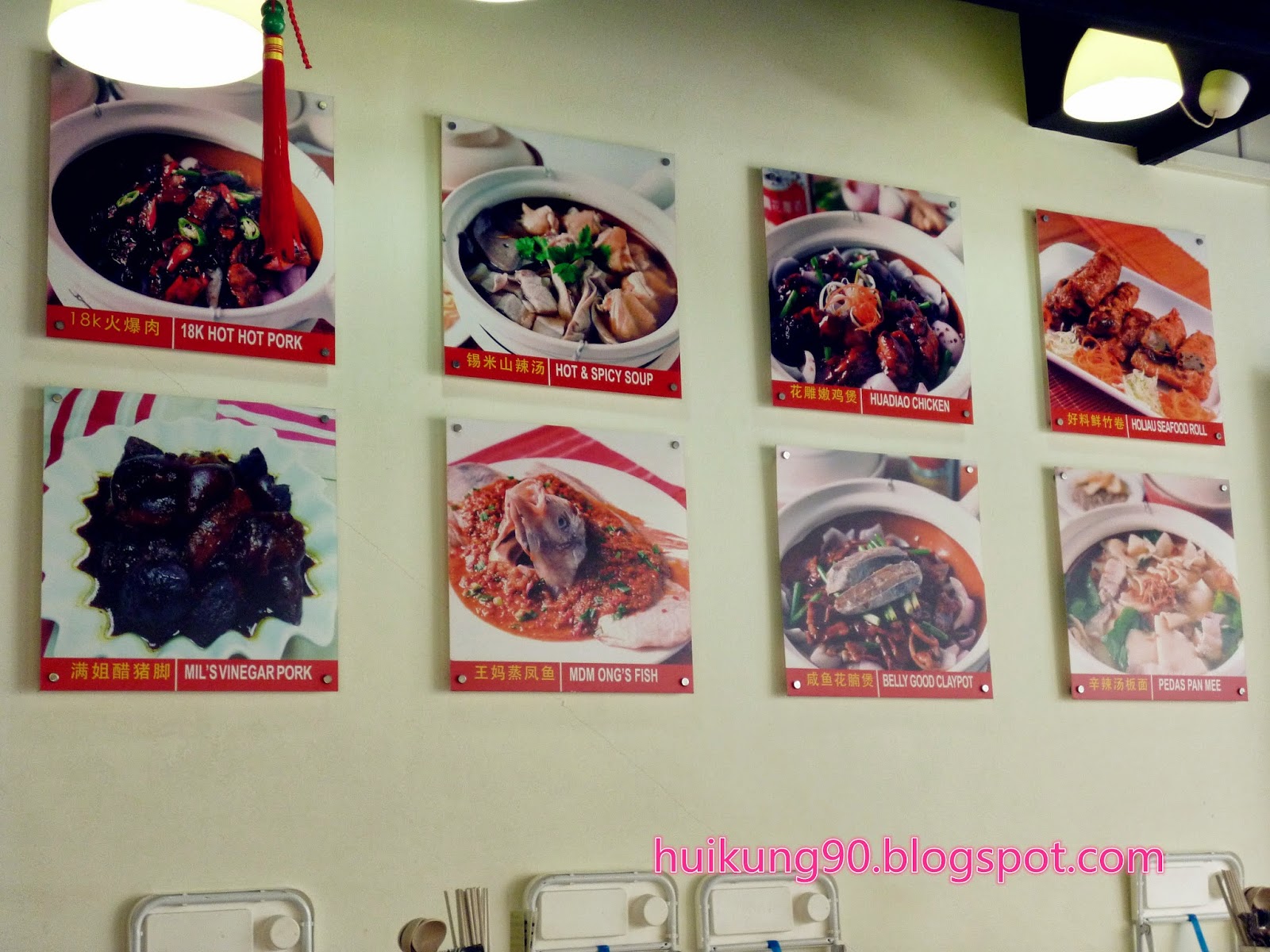 Since the weather was so hot, we decided to order some cooling drinks to cool the body :) Firstly the cucumber juice with sour plum. The drink was really refreshing and sis really liked it. Somehow, sis is starting to be the health junkie with her cherry tomatoes and cucumber juice. *Rofl*

Meanwhile I ordered a coconut to share with the boyfie and the coconut that they gave was not the local coconut but those imported from Thailand. So they are much smaller but has a fragrant aroma to it. The juice or water of the coconut is not as clear as the local coconuts and the flesh is really soft and creamy.

Of course any Chinese eatery will serve us garlic and fire chillis as confiments.

The bowls served to us was really quite a huge portion and I was struggling to finish my bowl of noodles. Wasn't really having much of an appetite that day. :( At the first taste of the hot soup you can taste the pepper going down your throat and also that the soup was quite sweet. They gave a generous amount of pork slices and I must say that the pan mee was super delicious. I have no idea how they made the pan mee to be so smooth and soft. They served us the hand-torn pan mee and normally it would be quite rough but the ones served here was really smooth.

However, mum was not satisfied with the hot soup as she thinks that instead of using pepper corns to boil the soup they actually just added pepper powder and used ginger to spice up the soup. The spiciness from the soup was more from the ginger than the pepper.

Meanwhile, I ordered the bitter gourd soup to try and the dish was well just average. I still liked the pan mee served but I could not taste the bittergourd in my soup. It was more of a clear soup which was sweet and not overally salty but mum was wondering if they added MSG into the soup to make it more tasty. They did give a generous amount of sliced bittergourd to compensate the soup. ﻿


The boyfie was not satisfied with his yee mee as he said that the yee mee was the ones not made using eggs so it was not fragrant. Told him to choose the pan mee but knowing him... *blek* he just had to choose the yee mee since he was a yee mee fanatic. He also did not really approve of the hot soup and said the best one is still in Kajang.


We also ordered their famous chicken bites with salad which did not really meet the mark as well. The chicken bites were seriously hard that when sis poked it with her fork, it just bounced off the plate. It tasted like one of those popcorn chicken you buy from the packet and deep fried. It would be better if they made it themselves.

The verdict is I would still travel to Kajang if I crave for hot soup but technically mum will ask me to cook it when she craves for it! However, for those who are in the area and don't feel like going down to Kajang, you can still try out this outlet to have a taste of Kajang Hot Soup :)