The 6th Putrajaya International Hot Air Balloon Fiesta was on the 27th to 30th March 2014 and I told the boyfie that I wanted to go see the hot air balloons :)

Heard about their Night Glow performance as well and hoped that we would be able to witness it. Unfortunately, we only managed to reach Putrajaya in the evening and most of the balloons were already deflated to prepare for the night event and it was raining! *sniff*

My mum had to fix her car in the morning and the boyfie came early to help send the car to the workshop and was only back after lunch time. Then we headed to Mines to visit the Big Bad Wolf Box Sale since the boyfie wanted to spend his BRIM book vouchers. Too bad we didn't have enough time to really look at all the titles and walked back empty handed. I did manage to get a book on healthy recipes! Will share with you all soon :)

By the time we got to Putrajaya it was already past 6 and we only managed to see the Taiwan and Malaysia balloon up close. Mum managed to see the motorcycle balloon on the way as it was being brought down to the ground. But anyhow, I got some photos from other websites to show you all what balloons were there at the event :)

Look at the special Darth Vader balloon all the way from Belgium. So sad I didn't manage to see it personally.

Seriously love Taiwan balloon designs. So colourful and attractive. My favourite has got to be the Taiwan balloon in the heart shape that represents their slogan Taiwan The Heart of Asia.


Besides the seeing all the hot air balloons, there is also a carnival where you can eat, shop and play mini games :) There was a stall that you are able to play bubbles and it was a great hit with adults and children. A small container with bubble solution and a hoop can be rented for RM3 and the larger ones which you can make larger bubbles are rented at a higher price.


I think this is the owner of the stall where he really pulled the crowd with his amazing bubble making contraption! Once he lifts his string and pole thingy, he could make tons of bubbles at one time making all of us squel in delight!


The boyfie rented the small one for me to play while waiting for the Night Glow event. So what else let's make some bubbles! You don't need to blow into the hoop actually but just swirl it around and let the wind make the bubbles for you :)

There are also other booths set up by Kakao Talk, GSC Cinemas, Motorola and many others :) You can participate and get tons of freebies for example the Kakao Talk mascot handfans are super adorable!!


GSC also set up their booth where you can play either a memory game or a shooting games to win prizes. Boyfie managed to win the memory game but unfortunately did not win the lucky draw so we just ended up with the consolation price of the Maleficent bookmark! Can't wait for the movie to come out!


You can win a Captain America badge if you manage to hit the star on Captain America's shield. Too bad all our aims were really terrible that night. *LOL*

There were only three balloons lighted up for the event due to the rain :( But here are some photos I managed to snap while jostling with everyone trying to get a good photo. 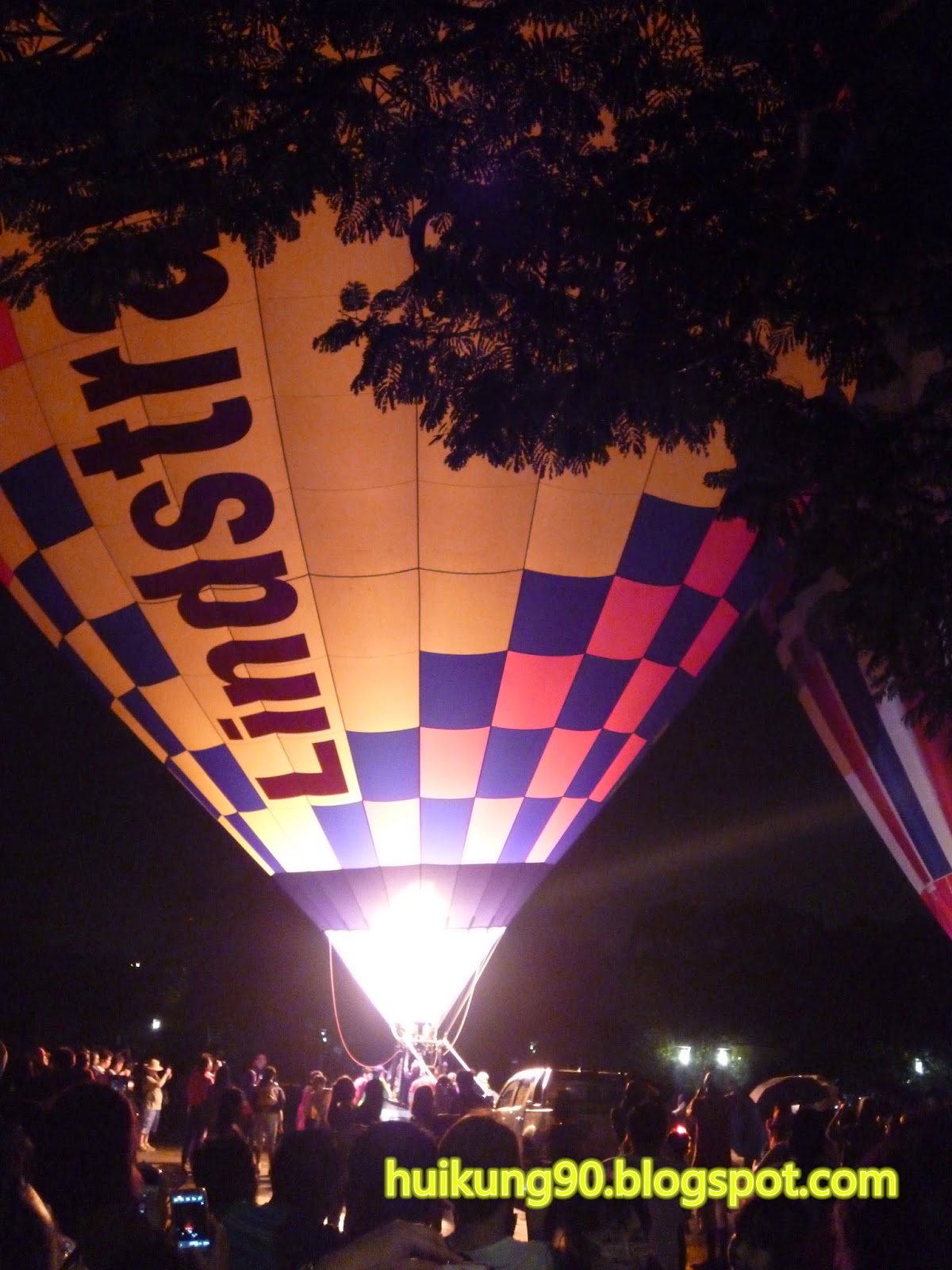 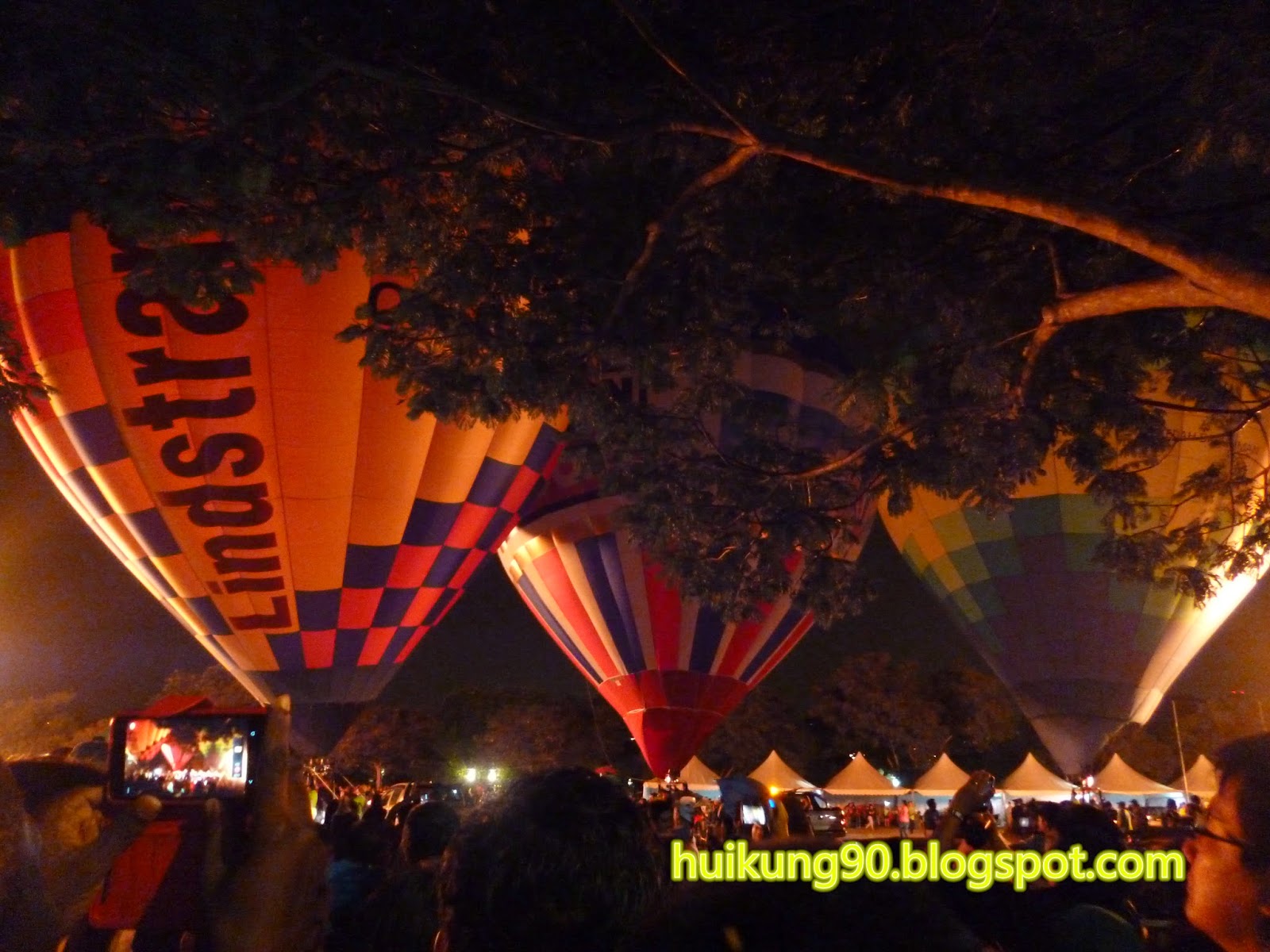 I would say the event was really popular with tons of people attending it despite the rain! Boyfie promised to bring me next year since I missed the morning flight and the flying show. Hopefully I'll be able to see more hot air balloons next year!