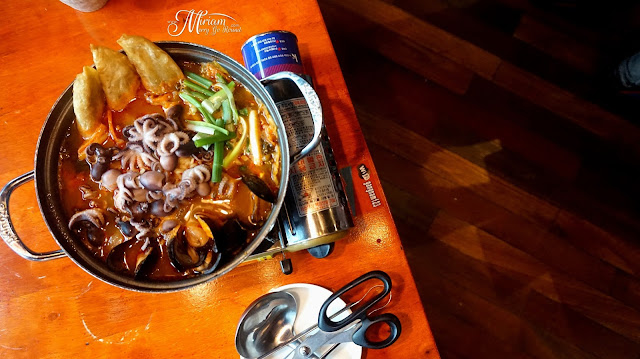 Hello my dear merry goers. Time for a #MiriamEats post. Being here in Kelantan makes me crave for good Korean food. I am a huge fan of Korean and Japanese cuisines but the rich flavour of Korean food is something I frequently crave. I can seriously just constantly eat Korean food for a few days in a row and still not feel sick of it which is what happened when I was back in KL last Christmas. 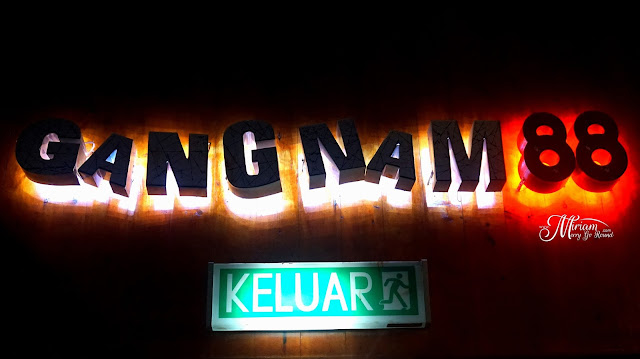 Anyhow, last Christmas while I was back in town I paid a visit to my ex-colleagues because it has been quite a while since I last met them and although I have resigned for a year we still kept in touch. Working with them had been a pleasure so we remained friends even after I resigned. I also brought some of my homemade Christmas goodies to them which I will share the recipe soon since many of you have asked for it. We decided to go for Korean food for a treat since it was my birthday soon and both me and another colleague is a huge fan of Korean food so we headed to Gangnam88 located nearby my office at Sunway Giza Mall. 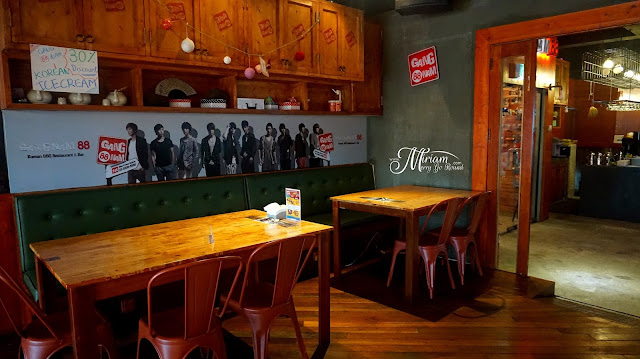 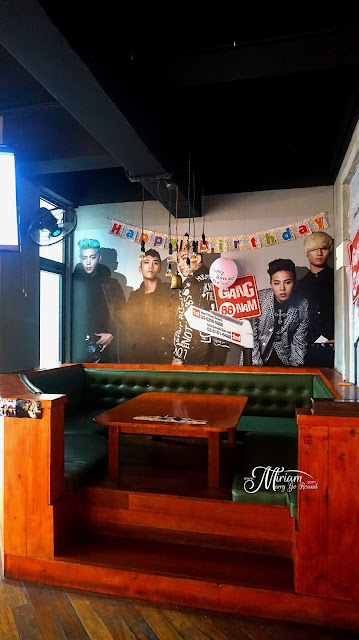 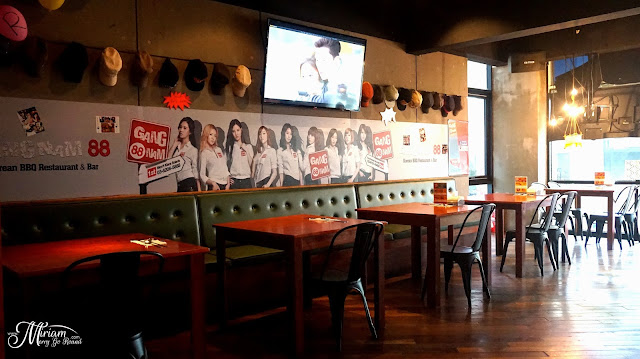 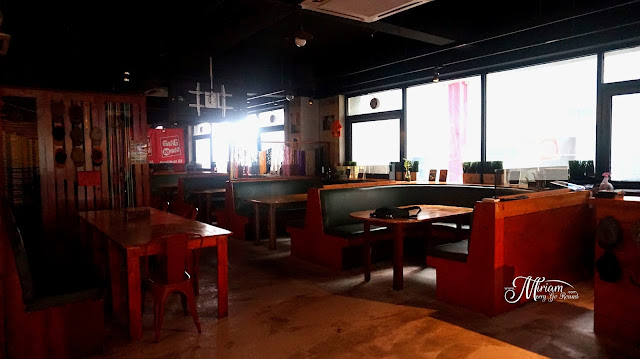 I had previously heard quite good reviews about the food served at Gangnam88 and have always wanted to review the place so it is totally killing two birds with one stone having out lunch here. As we came quite early during lunch hours, there was not many patrons at the restaurant but I heard it does get rather packed at night as Gangnam88 opens until 1am! The place was actually quite huge and has two different sections where you can eat. Decor-wise it was full of K-pop posters and you will hear K-pop songs as you enjoy your meal. 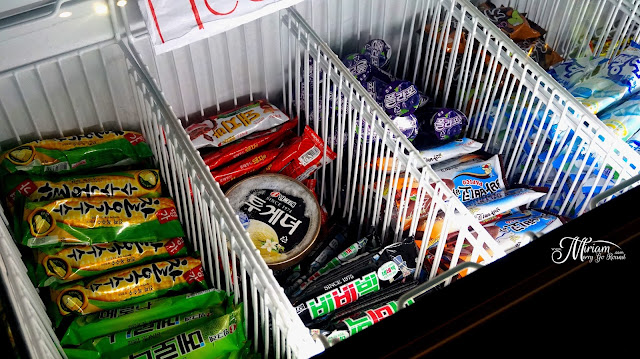 They also sell some Korean ice-creams which looked really tempting as my colleagues headed for the ice-cream freezer even before sitting down! I guess they were really hungry that day. *laughs* 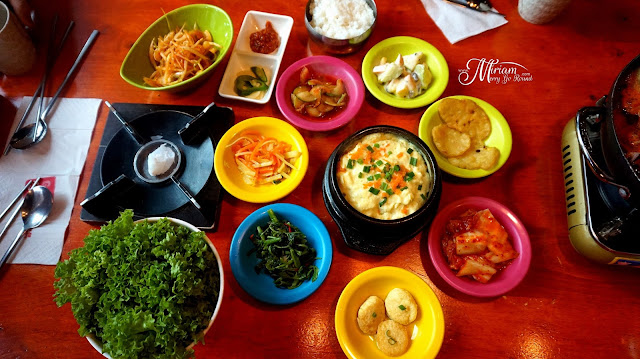 Since one of my colleague, BB has been to Gangnam88 before we made her the decision maker for our meal that day. After a quick look at the menu and discussing over what to eat, we made our order and eagerly wait for our food to arrive. While we were waiting for our food to arrive, the 'banchan' or side dishes arrived. Altogether we were served with 9 side dishes and everyone started picking at the banchan even before our main dishes arrive. The banchan are all refillable so don't be shy to ask for refills which my colleague did happily. 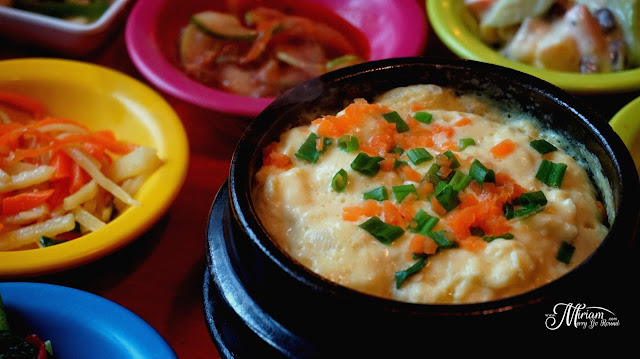 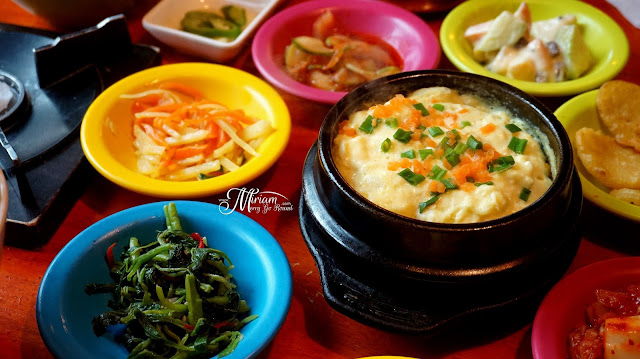 We had the must have steamed egg which was really fluffy and let me warn you it is STEAMING HOT! So do not go stuffing your face with this steam egg! 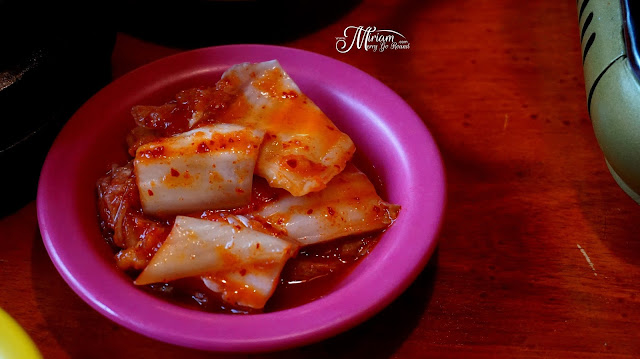 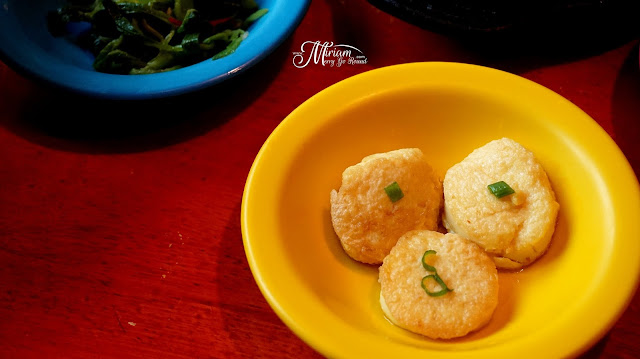 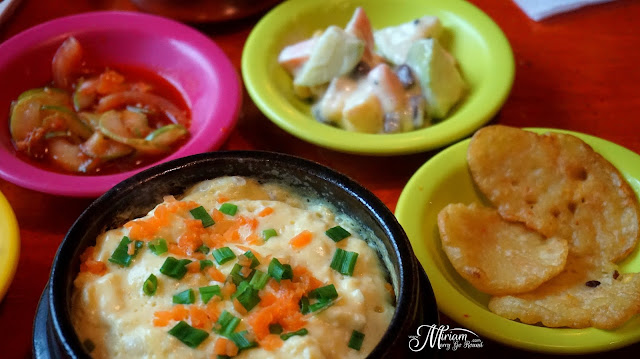 The other side dishes were really appetizing and enjoyable as well. I think we refilled for roughly 10 times in the period we were dining at Gangnam88. That was how much my colleagues enjoyed the side dishes. 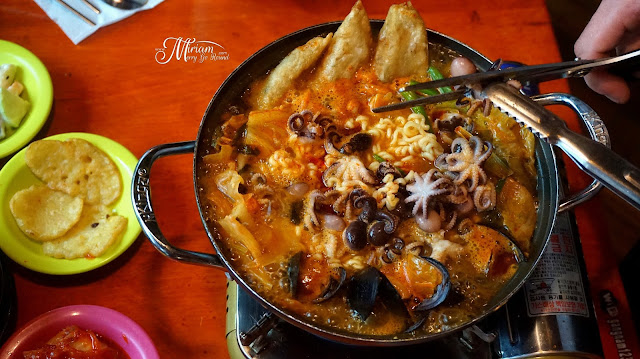 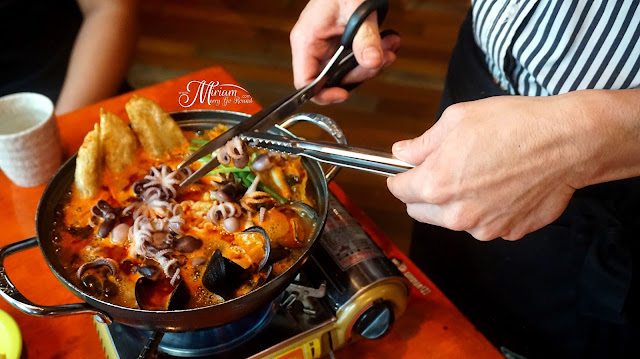 Then our first main dish arrived which was the Mini Octopus Jjeongal (RM49). We initially wanted to order the Mini Octopus Jjambong-jjeongal which came with deep fried battered octupus instead but somehow they were out of that. I do think that the deep fried version would taste better because the mini octopus can taste rather rubbery and some people like my colleague, Joanne found it rather scary to eat these mini-octopus. However, the stew was really flavourful and they were generous with their servings of mussels! There were really fat mussels which us three girls did not like mussels gave them all to my guy colleague, Earn to enjoy. For those who want a bigger portion, you can add on Sari like Ramen, Udon noodles, cheese and Odeng (fishcakes). We found it really funny how the server cut up the mini octopus into even mini size! 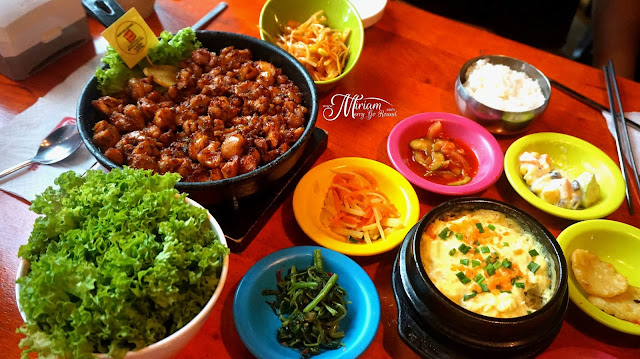 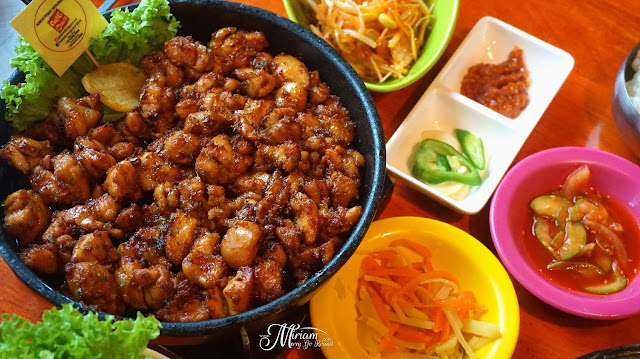 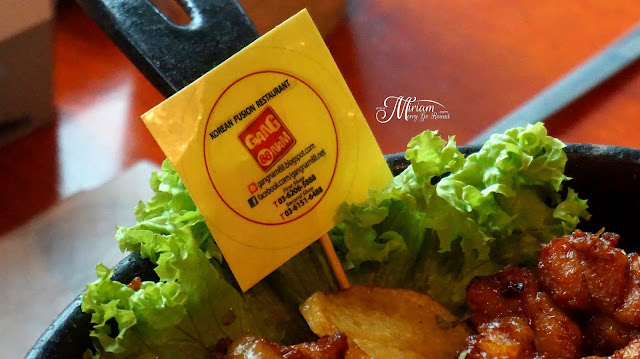 Besides that, we ordered the Chicken BBQ Large (RM49). These were pan-fried chicken meat, well marinated in BBQ sauce and were really flavourful. One downside was it was rather oily compared to other places as the oil was dripping from the chicken. However, we did finish up the whole pan so it was really good.

Overall, we had an enjoyable lunch at Gangnam88 and it was great catching up with the rest of them. Thanks for the treat guys! One thing silly that we did was we did not check the promotion menu and realised that if we had ordered their promotion menu we could have had a Kimchi Jjigae with our food as well as we had ordered the other two items on the promotion. We asked if we could just add on the Kimchi Jjigae and get the promotion but they said we couldn't which was a bit disappointing but I guess they had keyed it into the system. So remember to check their promotion before ordering. Gangnam88 serves Lunch Menu starting from RM 19.80 as well which looks really great too so I will be sure to go back and try their lunch sets! You can check out their whole extensive menu at Gangnam88 Menu or even their promotions on their Facebook page.