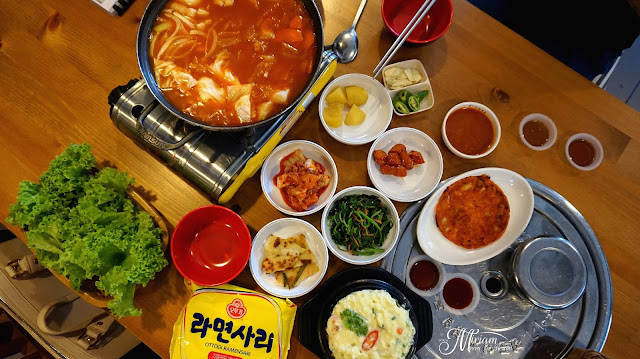 Olla my dear merry goers. I am sure most of you know that I love Korean food and my sister shares the same love of Korean food as I do. So during my Christmas holiday, we made sure that we had our fill of Korean food. A great meal with my ex-colleagues at Gangnam88, it was time for a Korean BBQ session with my sister at Bulgogi BBQ House. 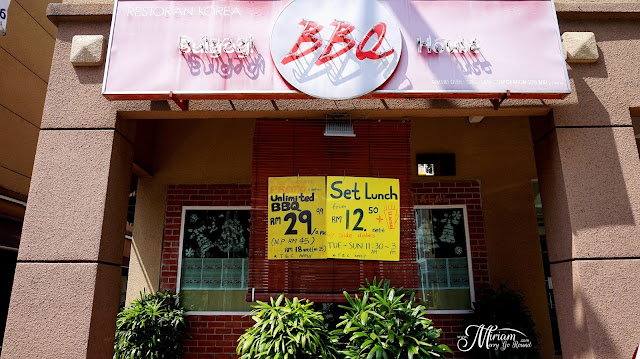 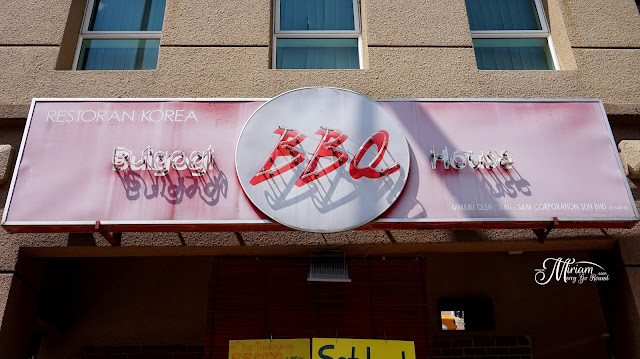 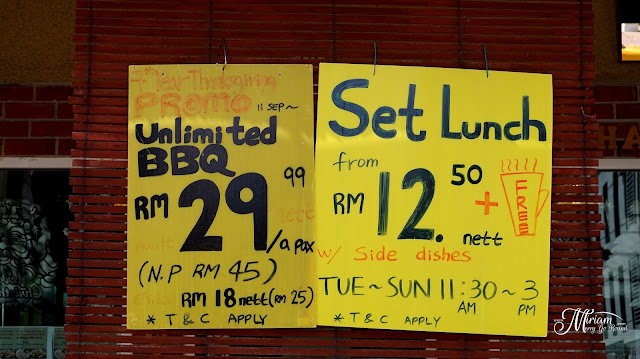 We actually saw this promotion on their Facebook page that offers an unlimited BBQ for just RM29.90 (N.P RM45) and we were torn between going to another Korean BBQ restaurant at Ampang or this one at The Strand. However, since we were heading to Honey Creme Hartamas for some of their yummy soft serve, we decided to try out Bulgogi BBQ House instead and leave the other one for another time. For RM29.90/- Bulgogi BBQ House offers UNLIMITED refills of: 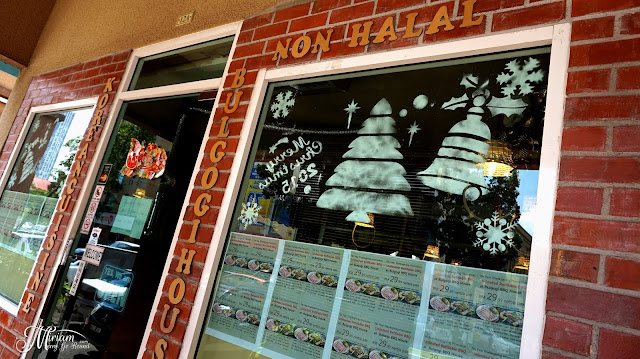 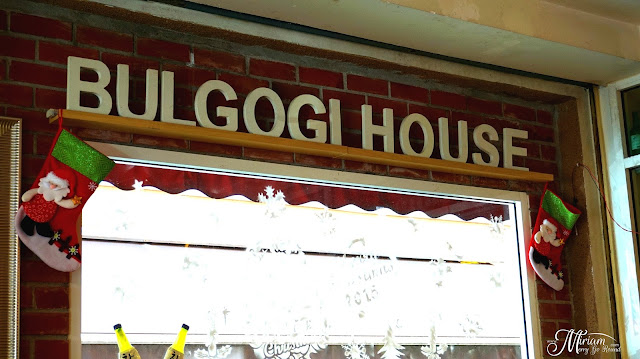 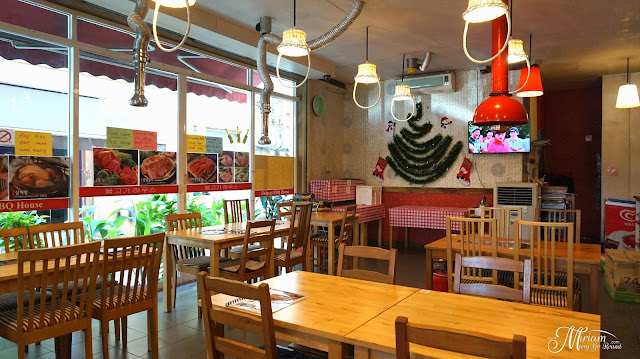 Located near Encorp Strand Mall, it is on the same row as JoJo Pan Mee. It is a rather small shops which can comfortably seat around 50 people on a full night. Some tables were fitted with the ventilation pipe so that you will not leave the shop smelling like a BBQ shop. As we went there on a weekday lunch time, there were not many people in the shop. However aound 1 pm, a few groups of people started coming into the shop for their lunch meal sets which are really very affordable starting from RM12.50. 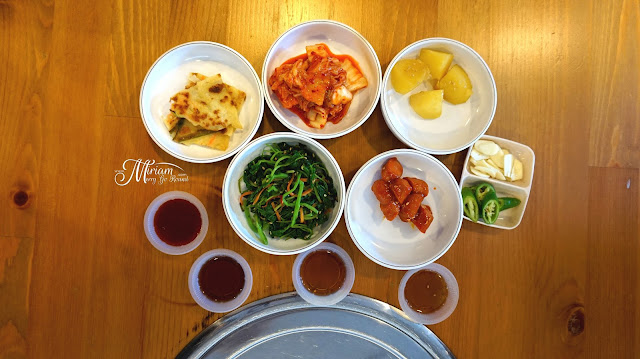 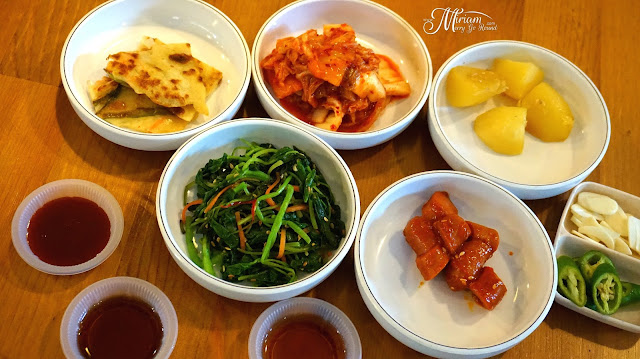 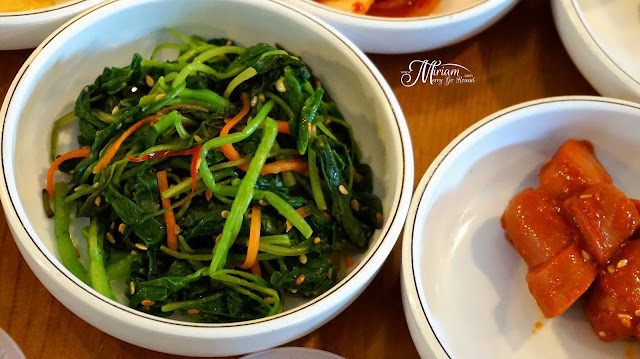 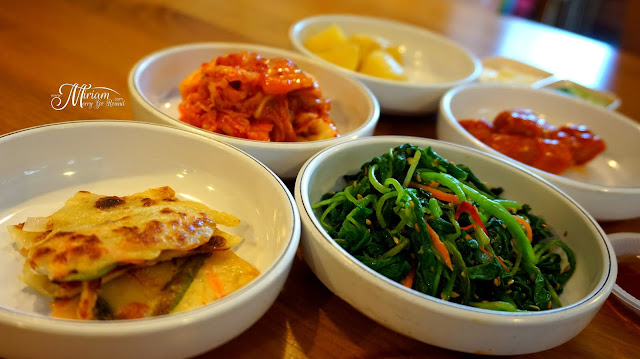 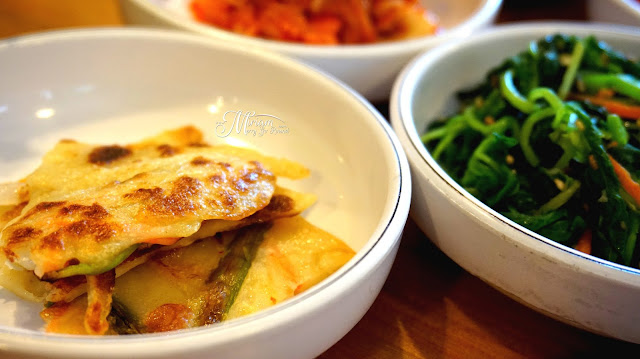 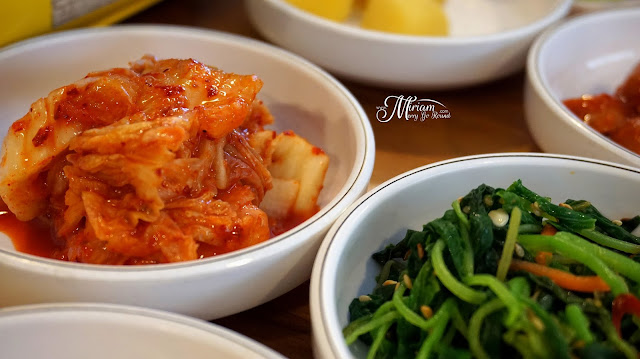 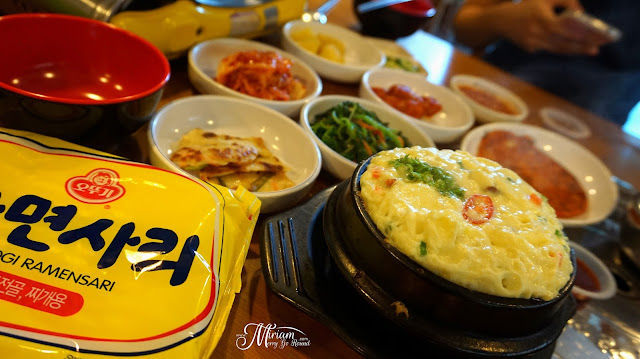 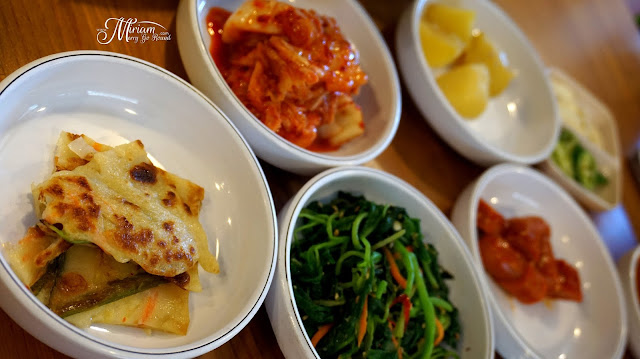 As usual, we were served with 5 side dishes as we are waiting for the main dishes. Their daily side dishes include Kimchi, potatoes, spinach, sausages and pancake. I think I saw another table being served with the anchovies as well. Now, the kimchi served at any Korean establishment reflects the food that we will be served so it was a good indication that we will be getting some decent food from the kimchi. It was just nicely aged, not too sour and still had the crunch from the lettuce. 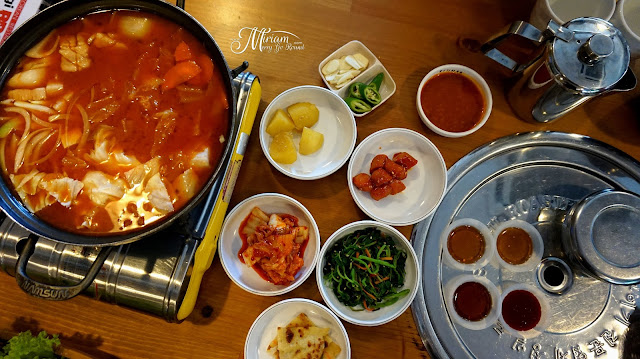 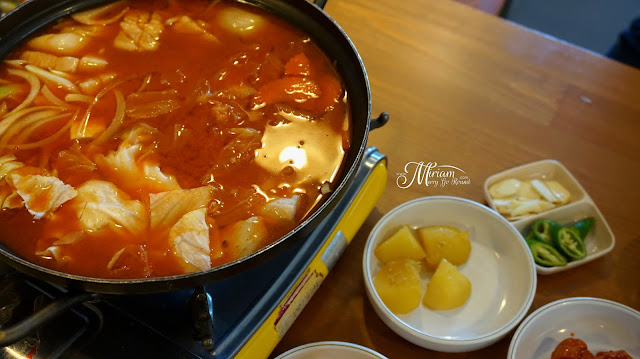 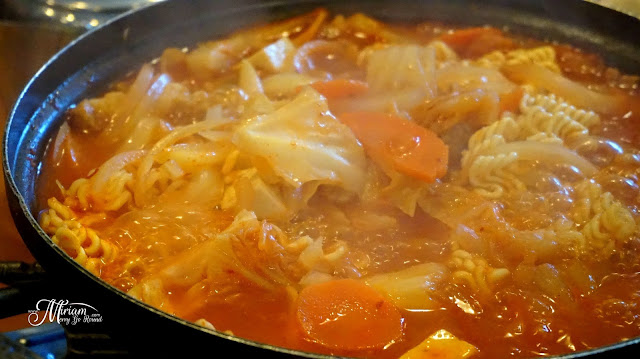 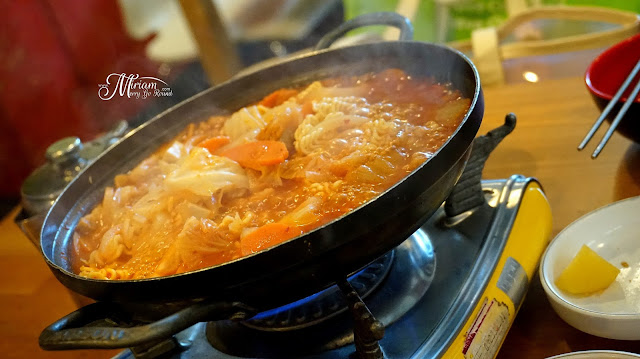 We were then served with the Kimchi Hotpot which was like a normal stew with some vegetables. Initially it sure looked rather diluted and not very appetizing but after boiling it for a while and adding the ramen, the stew became thicker and much more flavourful. The ramen is actually a huge packet that somehow we never seem to be able to finish but it was really good. 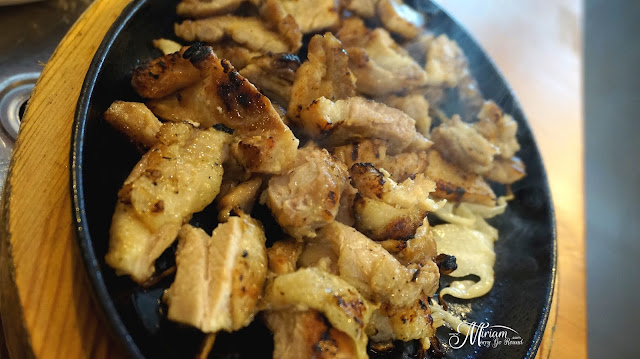 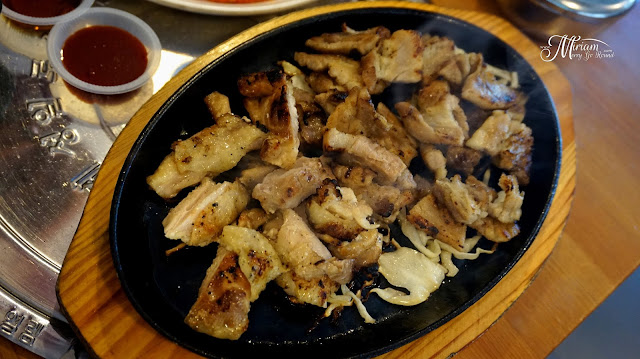 Then the main star of our meal arrived. Although we were initially disappointed that we were not able to grill the meat on our own. The meat was actually grilled and cut in the kitchen before serving it to us at the table. It was good that they served it on a sizzling pan so that the meat remains hot throughout our meal. It may be because it was just me and my sister. I think they would grill it in front of you if it was more people. The meat served was was a combination of both chicken and pork and it was well grilled, just slightly seasoned where you can then dip it in the sauce and wrap it in the lettuce before digging in.

Overall, I would say that for RM 29.90 it was a rather satisfactory meal but I do not think I would return for the regular price of RM49. The side dishes were rather limited although I was pleased with their steamed egg which was cooked really fluffy and well seasoned. They do keep up to their word of unlimited refills so you can keep refilling the meat to your heart's desire. As I am more of a beef person more than a pork person, I do think I would enjoy my meal more if it was beef. However, I would recommend you to try Bulgogi House if you are looking for a cheaper alternative of Korean BBQ and well if you are just craving for some Korean BBQ. Also, their Lunch set meals do look rather tempting as well.