I'm sure most of you know have patronized In House. It's a 24 hour food outlet that serves a fusion of food! So suitable for those late night out with your friends and it's a great place to just hang out. They serve a variety of food items from Western to Eastern. They also serve dim sum 24 hours a day! Cool right.
Anyway, it was after a swim session at night and the boyfie and I couldn't think of any other place that is still open for us to have boyfie's late dinner. Anyway, we headed to In House which is located at Puchong Jaya.
After browsing through the menu, the boyfie decided to try their set menu which is the Black Pepper Chicken Chop. The set meal comes with a bowl of soup and a choice of drinks.

Firstly, the soup came with a piece of garlic bread I think. The piece of bread is super hard and I think they buttered the bread too much that it was quite greasy. However, the soup was still acceptable with chunks of mushroom bits in it.

The hot lemon tea that I chose was very satisfying as well. The tea was well infused with the huge piece of lemon that they gave and it was not overly sweet. Such a comforting drink after a long swim :)
Next the main course! A huge platter of food which consist of two pieces of chicken chop, potato wedges, sweet corn and coleslaw.
As you can see, the chicken chop was well marinated and slightly charred at the edges. It was flavoured pretty well and the potato wedges were really fluffy. The coleslaw however was forgettable. Thumbs up on the presentation though with the cherry tomato. 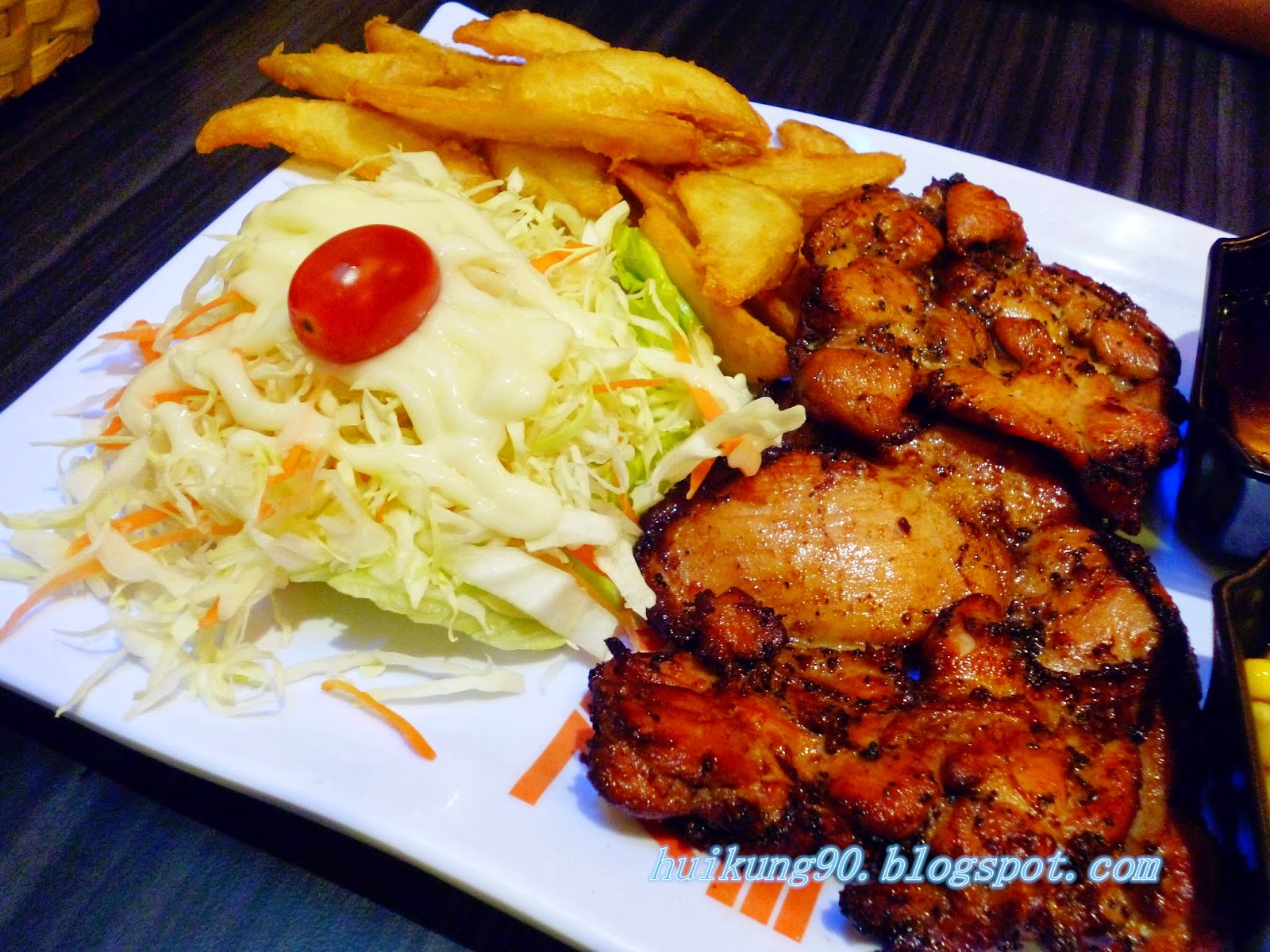 And here is boyfie who came swimming with me even after a long day at work. Thanks darling <3 nbsp="" p="">