Hi there my dear merry goers!

So sorry for the lack of updates! Have been so tied up with some stuff and it has been really hard to find the time to sit down. Anyway, if you haven't noticed yet I am a huge fan of Korean makeup especially their natural makeup look and everyone loves to get that flawless look that Korean artist always have. One thing I noticed every time I watched a Korean drama is that even though they look like they have so minimal makeup, all of them still look so flawless. My favourite Korean beauty brand has definitely got to be Laneige!! I recently attended their launch of the all new Mini Pore range and so loving their products as well! It was so good to minimize those huge pores. 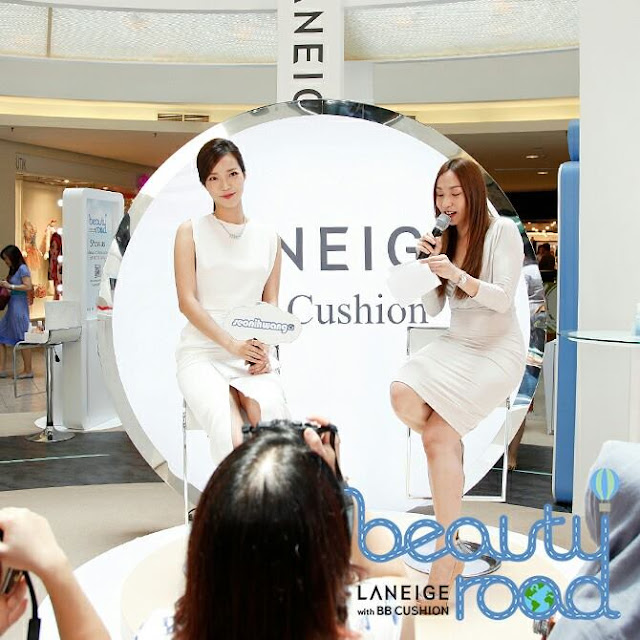 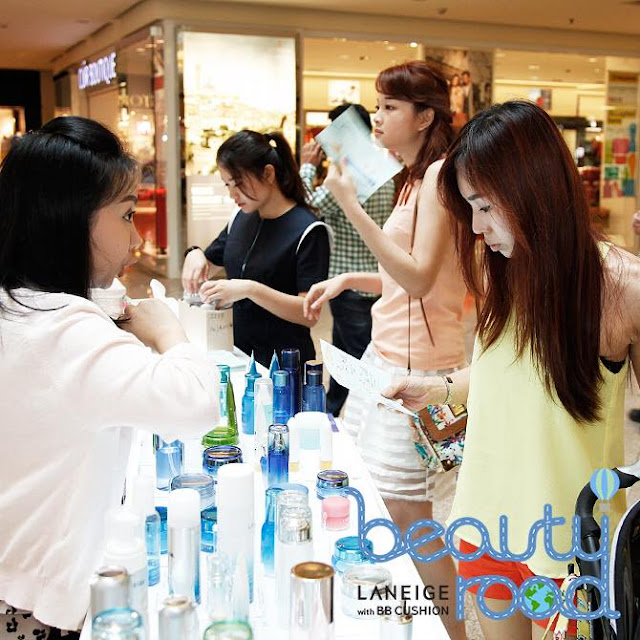 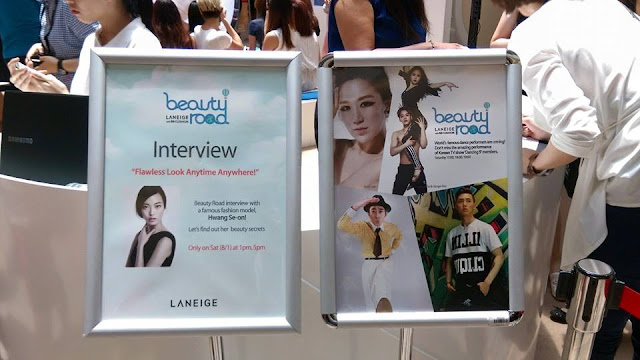 Well, a few weeks back the secret to that flawless look anytime and anywhere was revealed at Laneige Beauty Road Tour where the ever popular BB Cushion Makeup Trend was officially introduced to Malaysia! 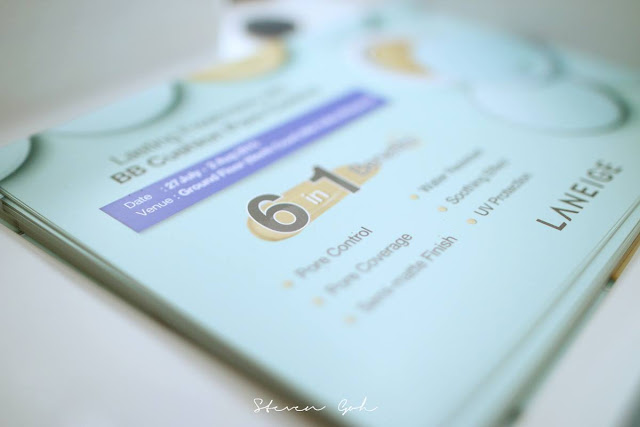 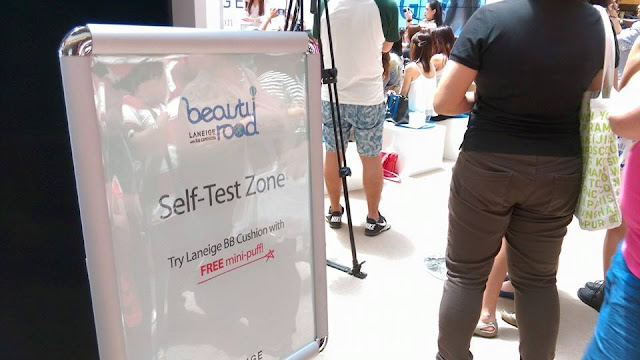 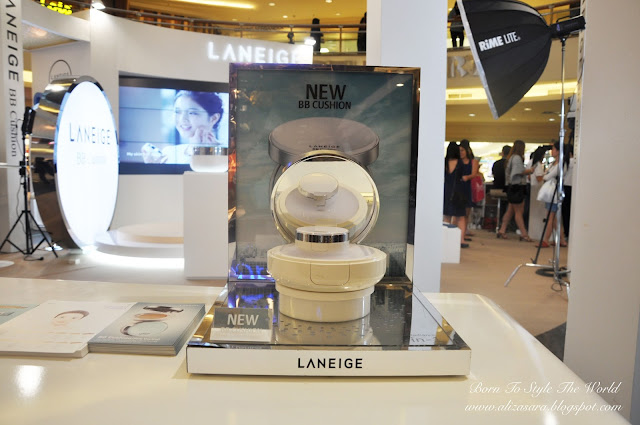 Laneige Beauty Road is on a tour to seven cities around Asia to educate women about K-Beauty and the Cushion Makeup Trend which is a huge hit in Korea and they featured their bestseller - the BB Cushion. Malaysia was the 3rd stop following Bangkok and Singapore! After Malaysia, they will be hitting cities in China like Beijing, Xian, Chengdu and Shanghai. 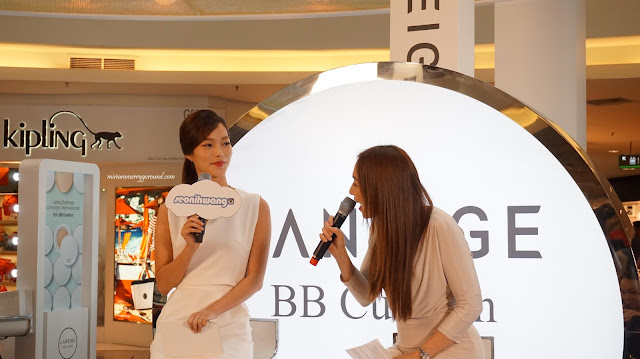 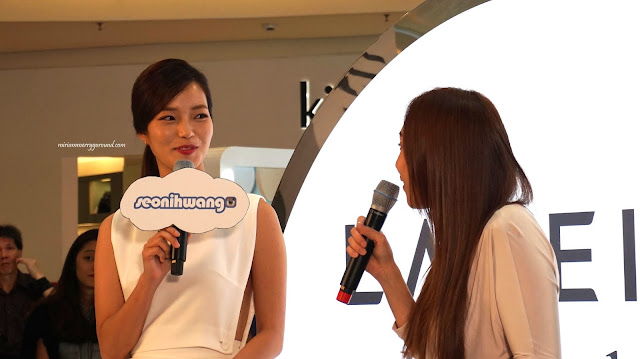 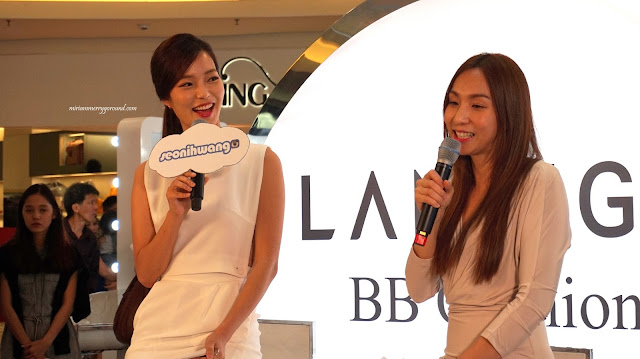 During this roadshow, there was a special appearance by Hwang Se-On, Korean's celebrity model who offered modeling and photoshoot tips alongside the Laneige Global Makeup team who offered makeup techiques to help one look their best in photos! The BB Cushion was first introduced in 2011 and has been gaining tremendous popularity with its multi-functional use and convenient touch-u anywhere, anytime that it has evolved from a must-have makeup item to a makeup trend in Korea. Nearly every women in Korea carries a BB Cushion in their bags! 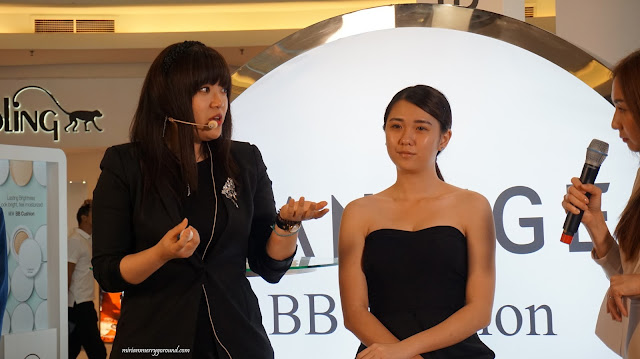 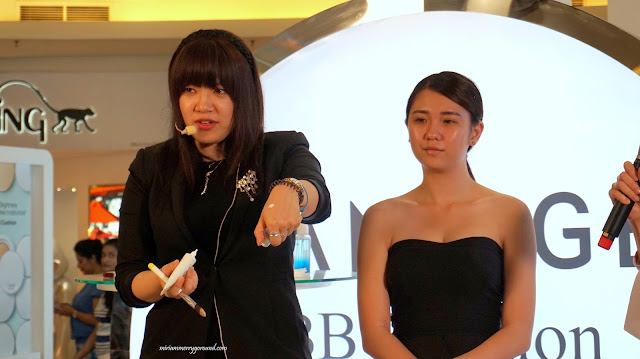 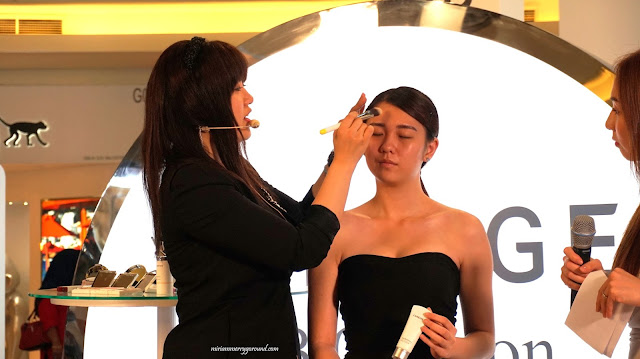 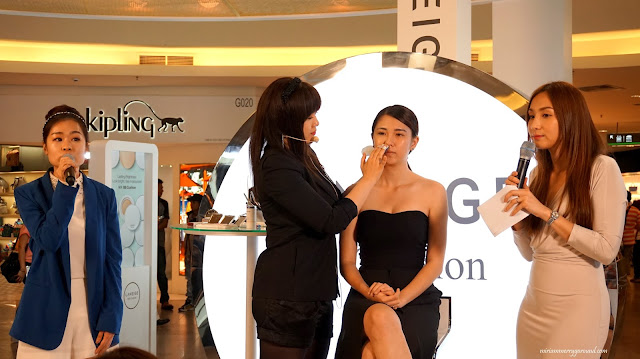 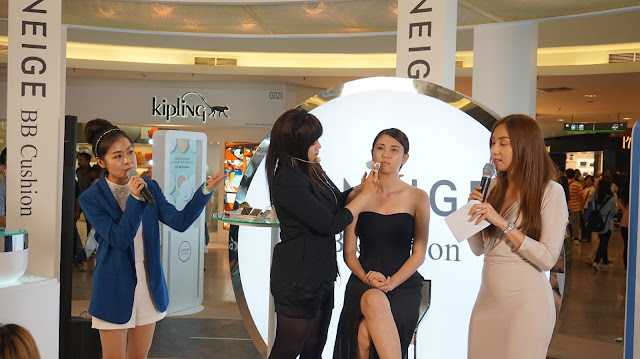 At the roadshow was also Cat Koh, a professional makeup artist from Korea who demonstrated the products from Laneige to get that flawless look! She gave great tips from the base makeup to the eyes and lips. 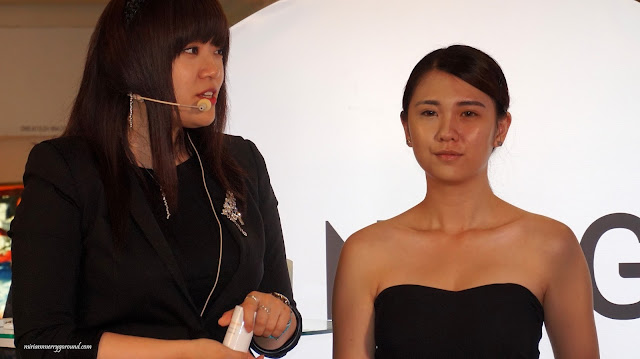 Can you just see that obvious difference from the left and right side of the model's face? The left side has the Laneige BB Cushion only and it totally brightened up her complexion and giving her a flawless look. You can achieve that flawless skin in just 2.5 seconds! 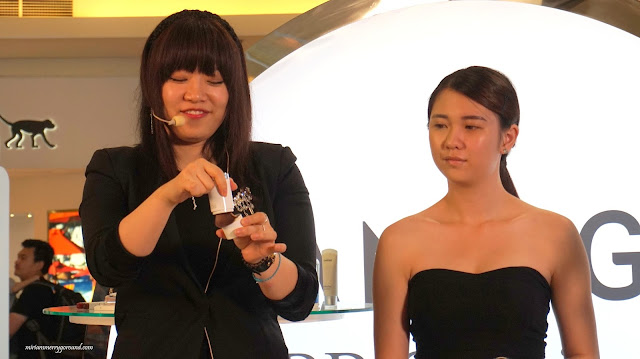 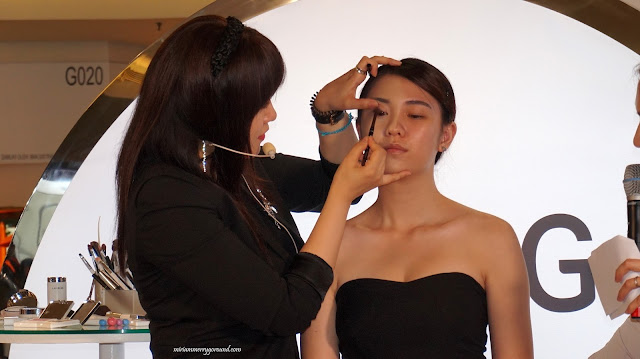 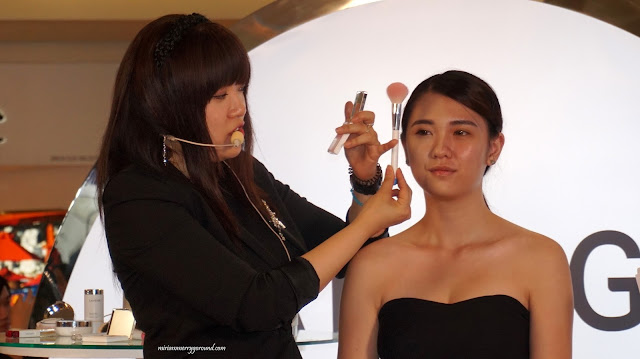 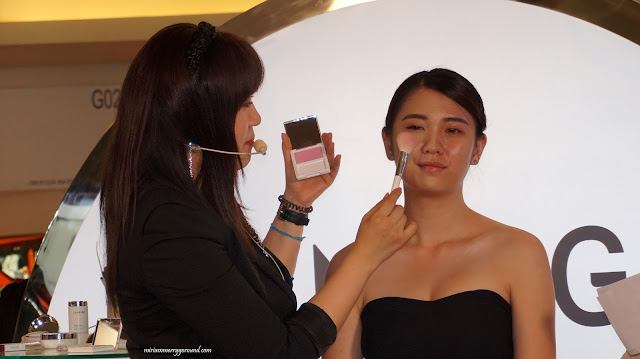 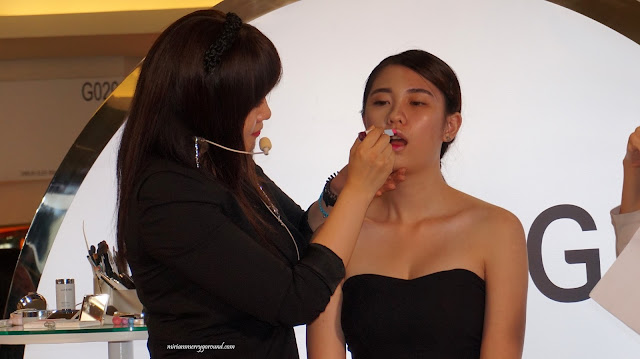 Laneige products are so unique and handy like their latest Cushion Highlighter and their Loose Powder which has a compact brush in it for easy travelling purposes. 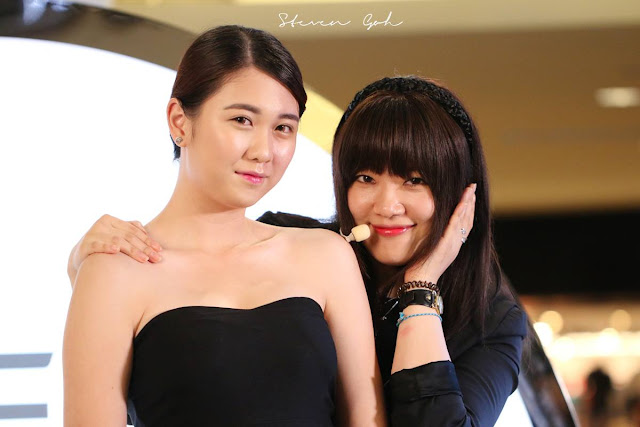 The finished look of the model! What I really like about Korean makeup is that although she actually has quite a lot of makeup on but it still looks really natural and not heavy just enough to bring out her natural beauty. 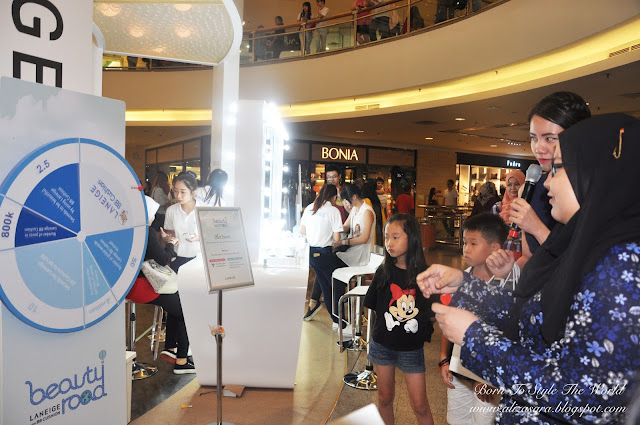 During the roadshow which was held at North Court Mid Valley, there were other activities and games to keep up the excitement. Among the attractions were the BB Cushion testing stations, free giveaway and fun games plus complimentary makeover sessions. One unique feature about the Laneige BB Cushion which makes it different from other brands is that they have the most shades! So you will definitely be able to find the shade that matches your skin tone the best plus they recently came out with a new shade 21P which is great for those with a pink undertone.

For more details on Laneige head on to their Facebook page 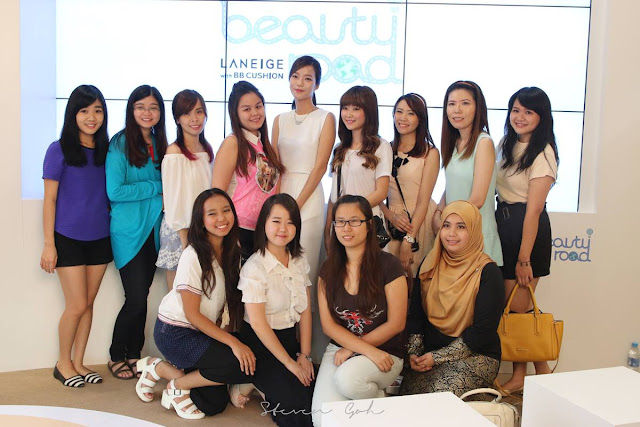