Magical and Amazing Experience with Superstars of Magic 4 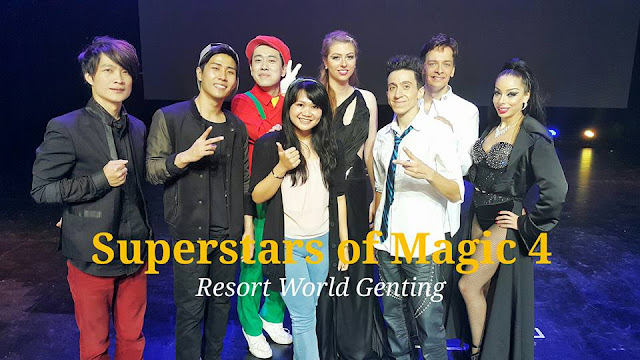 How many of you are fans of magic shows? I believe every child loves magic or even adults. I mean come on, who doesn't love magic shows? They have such an air of mystery and excitement and never cease to amaze the crowd. Well if you are a fan of magic shows, I have great news for you because the Superstars of Magic 4 are here in Malaysia! They have actually been here for quite some time and I was really grateful to the team at Resort World Genting for inviting me to watch them live and also being able to meet them live in person. 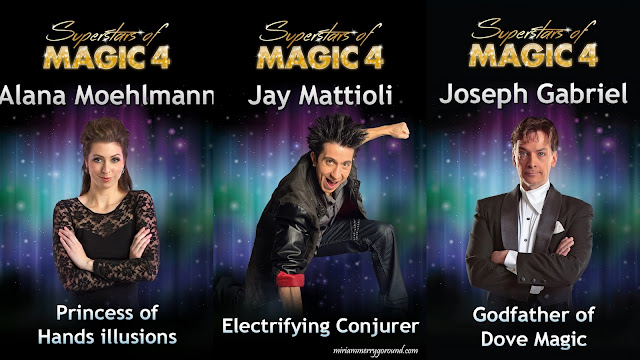 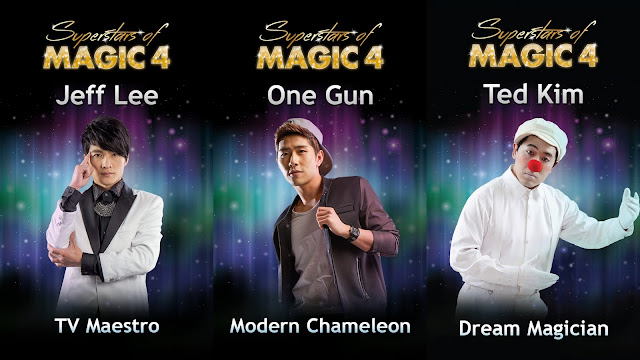 The Superstars of Magic 4 has 7 casts but we were able to watch only 6 of them and yet it was already amazing. No doubt they are called superstars for a reason. The six magicians include the amazing America's Got Talent finalist Jay Mattioli from USA who was the emcee or host of the show, Alana Moehlmann from Germany who is the new generation princess of magic, the talented TV Maestro Jeff Lee from Taiwan, super cute Korean magician One Gun, Joseph Gabriel from USA with his amazing doves and not forgetting a magician that brings us back to our childhood memories Ted Kim from Korea. 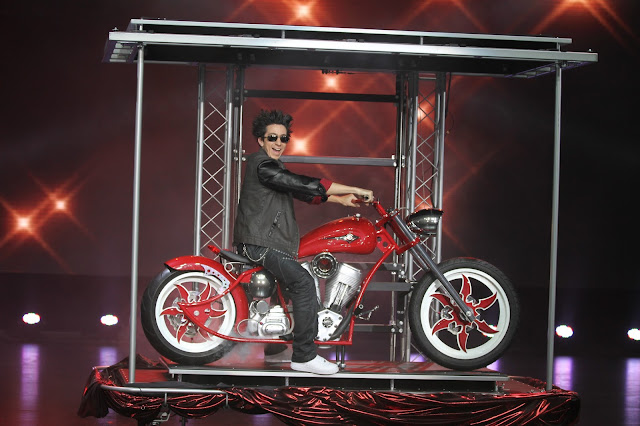 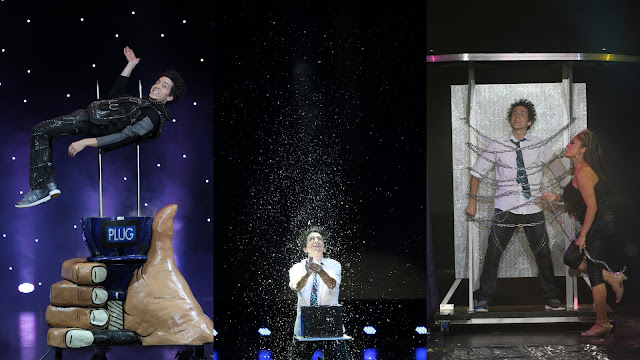 We were first amazed with Jay Mattioli, the Electrifying Magician. He definitely started the show on the right note as he magically make a huge bike appear on stage! Seriously both me and my companion could not figure out how he make it happen! Between every act, Jay appeared and showcased his talents as well and earn applauds for each show! No wonder he is the finalist for America's Got Talent because I am telling you he is amazing. 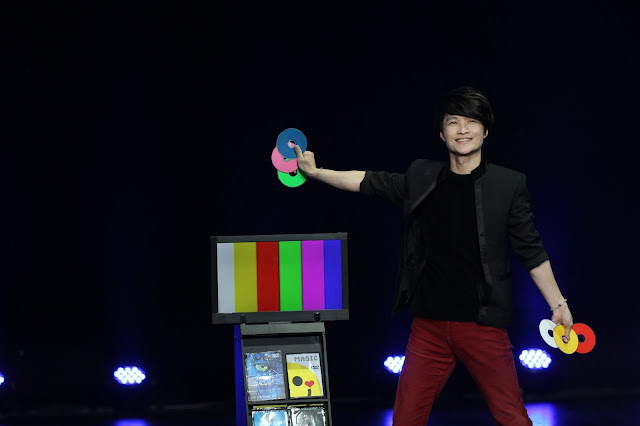 Followed up we had Jeff Lee from Taiwan who was the TV Maestro! Jeff is an award winning celebrity magician and performs with TV magic and modern music. His TV is like a Doraemon pocket or something as he keeps taking things out from the TV and also making use of LED lights entertaining us. The number of CD's he made appear and disappear are countless. 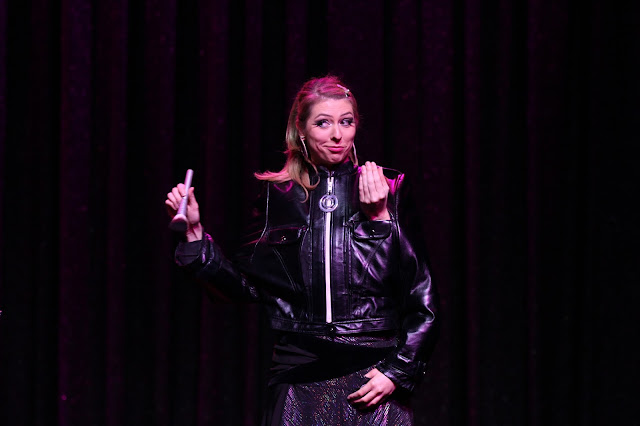 Now who says girls cannot be magicians with the ever pretty Alana hailing from Germany and was certainly the rose among the thorns. A new generation princess of magic, her act comprises of her producing life human hands out of her leather jacket and endlessly producing items from her 6 hands! You really have to look closely to differentiate which are her real hands and which aren't. Each time I thought those were her real hands, another hand appears! Gosh, makes me wonder if maybe she does have more than 2 hands. Her finale act of removing her head was well definitely a show stopper! 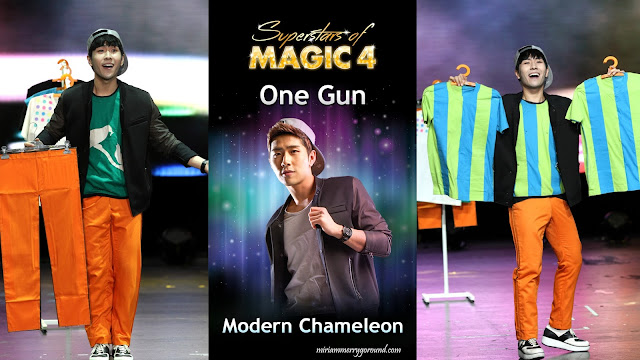 Now Korea is not only famous for their K-pop idols when you have One Gun, the Modern Chameleon. One of the hottest magicians in Korea and the world today, he was crowned the Korean Magician of the Year! He performs throughout the world with his T-shirt act and I am telling you I lost count on how many clothes he changed into from the different colour, patterns and it is not only his shirt but his pants too! On the side note, he is super cute! *fangirling* 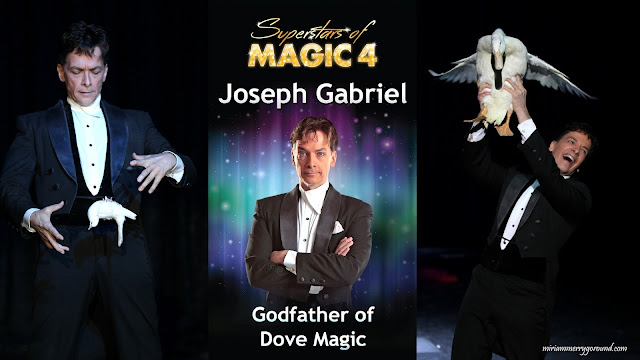 My first magic show experience definitely had white doves in it and it is a classic with Joseph Gabriel, the Godfather of Dove Magic. His act was one of my favourite acts of the day with his countless dove magic and he even had a Broadway show to himself! Watching his show really bring back memories of magic shows in the past and his finale of producing a live Peking Duck was epic seriously acclaimed in the magician group as having the best dove or should I say bird act in the world. His act is light years ahead of the classical dove act we have all seen. 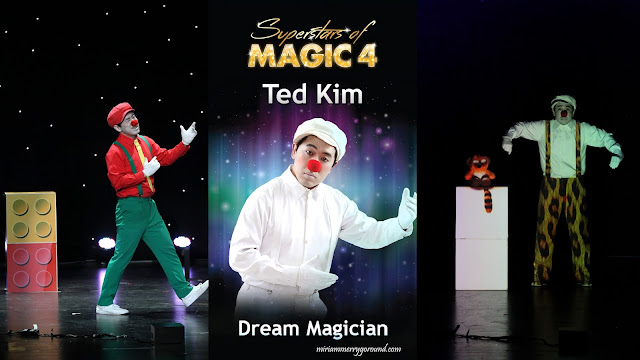 The last magician to appear was Ted Kim from Korea with the nickname Dream Magician. His magic is not like any other you have seen as he is the current FISM originality act champion holder with his one of a kind performance. Forget flashing lights and smokescreen when his performance infuses modern video technology and incorporates latest video games and music into his illusions like Super Mario Brothers. Honestly, his starting appearance really did not suit my taste as he came out looking like a clown and FYI if you did not know I have a huge phobia and fear of clowns no thanks to my babysitter who made me watch the horror movie IT when I was younger. Now whenever I see clowns, I seriously run a mile away. But then when the illusions and lights came on, there you see his talent which was more of an illusion magic act than the other magic acts. He is definitely one of a kind transporting you to dreamland. 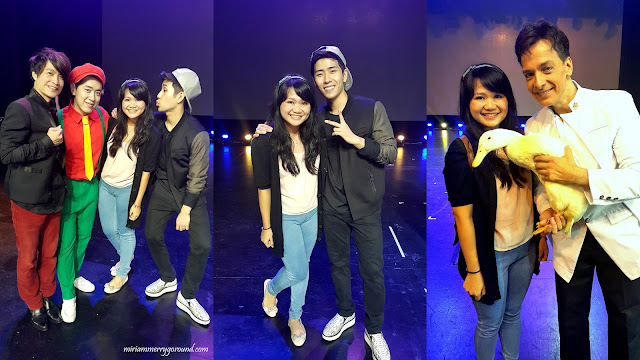 I had such a fun time watching the show and what makes the whole experience better was we were able to snap photos with them! Whee and thanks to my dear companion who pushed me out of my fangirling and shy moment to snap a photo with One Gun *psst he is seriously a cutie* and also look there's Joseph's Peking Duck! Where have you seen a magician using Peking Duck in their show? Totally loving their showmanship and I would recommend you to catch the show while it is still on because you will not regret it! 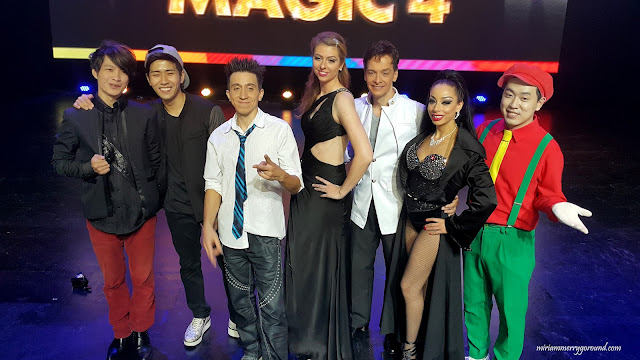 They will be performing until the end of October but for more details on the ticketing and showtimes, head on to http://www.rwgenting.com/shows/events/SOM_Tickets/ plus there is even some special room rates prices if you stay a night at RWG too!
Labels: #MiriamEntertainment #MiriamTravels Genting Highlands